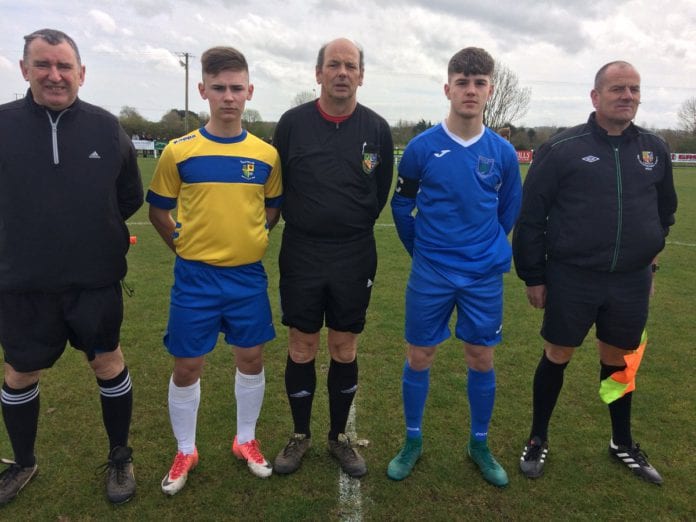 Colin Kelly was the hero as his ninth minute goal was the difference between the teams at Pike Rovers Football Club in Limerick.  The city side took advantage of the first half elements and Kelly was perfectly placed to finish a set piece attack from the right for the game’s only goal.

Charlie Concannon nearly made it two on 23 minutes when his effort sailed over.  And Mount Sion weren’t standing back.  Five minutes later, Bish keeper Sam O’Gorman needed to be alert to deny Alex Alabi.

There were no major chances in the second half as St. Joseph’s held firm.  And despite three minutes of added time, they emerged triumphant.

The Galway school will now face St. Mary’s CBS, Enniscorthy in the Cup Final.  Details have still to be confirmed.