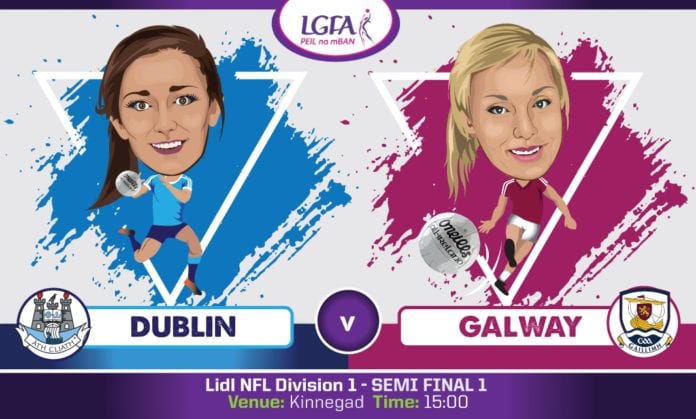 Nicole Owens was the match winner for Dublin on Sunday as Dublin booked a league final appearance after getting pasted a determined Galway outfit.

Mick Bohan’s charges never led through the 60 minutes before Owens started the move that resulted in her hitting the net in the final minute to give the All-Ireland champions the advantage.

Video: See Nicole Owens score a late dramtic goal for Dublin in their defeat of Galway today in the Lidl NFL semi-finals at Kinnegad.. https://t.co/IbpJ9hiZx4 pic.twitter.com/GXbxdadSsJ

Galway hit the ground running at the start finishing to the net inside 60 seconds.  Tracey Leonard, Caitriona Cormican and Nicola Ward did the spadework setting up Leanne Coen and another Leonard free on four minutes left it 1-1 to 0-0.

Dublin were creating and they forced two saves from Dearbhla Gower but did open through a Sinead Aherne free on eight minutes.  Leonard and Sinead Goldrick traded white flags but when Dublin did equalise on 20 minutes, their goal was as slick as Galway’s first.

Aherne and Emily Flanagan carved open space on the right before Lyndsey Davey was allowed her shot.  Her attack needed assistance and Niamh McEvoy was placed to hit the net and the Leinster side were back in it.