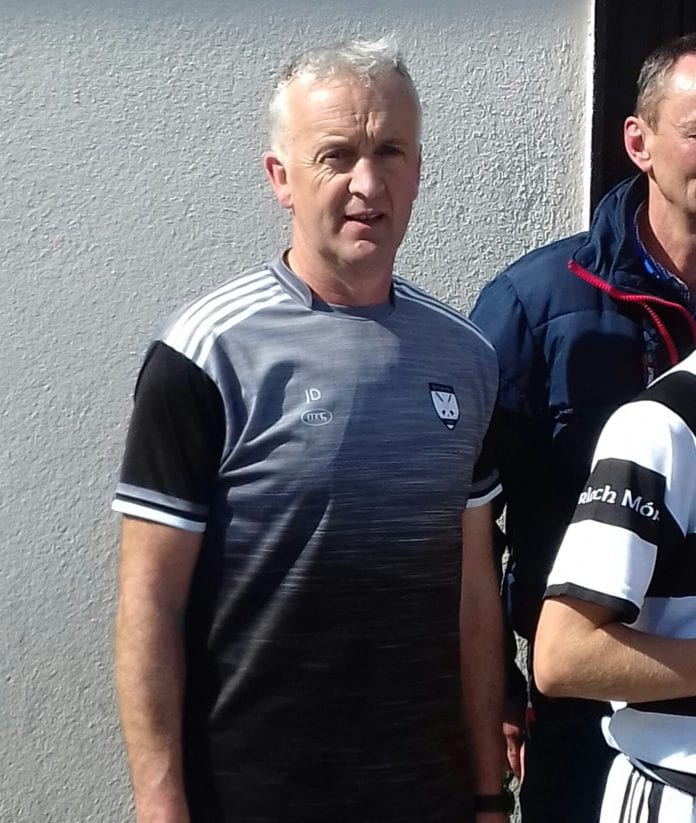 Turloughmore under 13 hurling manager John Duggan was very happy with his players after they set the tone before being crowned county champions in Loughrea on Sunday (9th September).

Man of the Match Eanna Monaghan struck two goals in the first minute before completing is hat-trick in the second half as the north Galway side ran out 3-6 to 2-1 winners.

Duggan was joined in his management team by Martin Fahy, Ruairi Gill, Gerry Kearney and Lorna McNicolas as their underage unit produced another memorable success as the club’s future looks in bright hands.

“We knew we had to start with a load of intensity,” said Duggan afterwards.  “And if we got the early scores up, we knew we were in with a good chance.  We felt we left a lot after us in Tuam.

“We worked very hard during the week.  We trained hard.  The guys trained exceptionally hard on Thursday night.  And we had a feeling the game was there to take.  The first 10 minutes, we proved it.  Two early goals, we were on a winner.

“We knew he (Eanna Monaghan) was capable of doing that and we knew he was very well marked the previous game.  So, we got him to move around and pose a big challenge.  And that’s what he did!

“And when the goals were there to be poached, he was the man to get them for us.  And it was full of team work.  The ball was played into him.  They guys knew what they had to do with the ball.

“We worked on that during the week.  We worked on ball movement, as fast as we could get it out of defence and get it up.  And tighten down on the defence.  We were loose the last day.

“It’s coming good with the club now.  There’s plans in place for the club to develop.  There’s a lot of people working very hard with underage hurling at the moment in Turloughmore.”