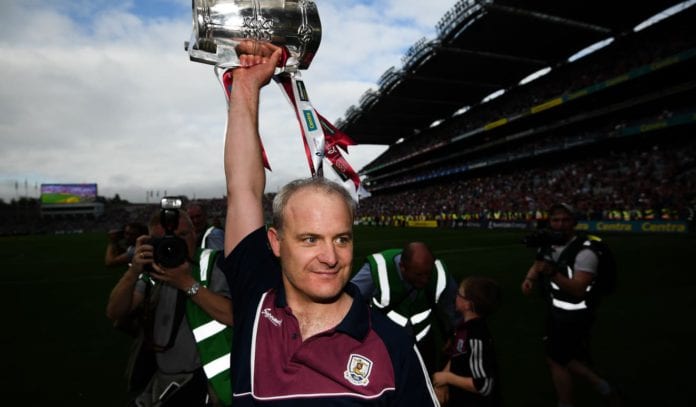 Galway GAA has thanked hurling manager Micheál Donoghue and his management team for the incredible service they have given to the senior hurling team.

Donoghue recently informed Galway GAA that he and his management team, selectors Noel Larkin, Francis Forde, and Damian Joyce would not be taking up a fifth term.

At the time Donoghue thanked the County Board for the “opportunity of a lifetime” in leading the Galway Senior Hurling team.

Galway GAA in turn thanked Donoghue and his team for the years of incredible success they have brought to Galway hurling.

“During their tenure, over the past four seasons, this management team have been instrumental in bringing the glory days back to Galway hurling”

Under their management Galway won the National Hurling League title in 2017, Leinster Senior hurling titles in 2017 & 2018, and landed the coveted All Ireland Senior Hurling title in 2017.

This was the first All-Ireland Senior Hurling title Galway took home since 1988.

“Michéal and his management team have worked tirelessly during this period, bringing a professional and thorough approach to the role, and in doing so they ensured that the Galway Senior Hurling team achieved their ultimate desired goal of winning the Liam McCarthy Cup.”

“We also thank their families for the sacrifices that they have made over these four wonderful years for Galway hurling,” the County Committee added.

The concluded by saying that everyone at Galway GAA wishes them well in their future endeavors.