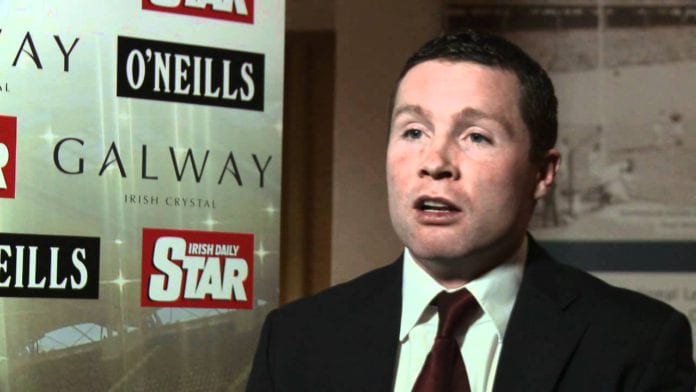 Former Galway hurler Damien Hayes believes that Clare offer a dangerous threat to Galway in the All-Ireland semi-final and that the contest has all the hallmarks to be a cracker.

The Portumna forward thinks Clare’s young side, who were 2013 All-Ireland champions can turn it on on any given day and if they hit form in Croke Park, they will test the current title holders.

Hayes won three All-Stars during an illustrious career in the maroon and white before retiring in 2014 and has played when many of the current crop as well as battled Clare’s squad.

“I expect and am hoping that Saturday is going to be a cracker,” said Hayes to John Harrington from gaa.ie.  “I feel this Clare team has something to prove and blew a Munster Championship.

Why does former @Galway_GAA hurler Damien Hayes believe there should be alarm bells ringing in the county ahead of Saturday's All-Ireland SHC semi-final against @GaaClare?

“I think this is a very dangerous game for Galway. There’s two different types of Clare team: the one that’s absolutely brilliant and there’s the Clare team that doesn’t turn up.

“I actually think this is a very good Clare team and they have an awful lot of talent.

“I think the first 15 minutes of this game is going to be vital for the outcome of the winner but Clare must thunder into the game and that’s the way it is.

“I just think Galway are a very mature team and they should have enough to beat Clare but I think it’s a dangerous game.

“Alarm bells should be going for Galway to going into this game with caution but I do expect Galway to win. I’m hoping that it’s going to be an absolute cracking game.”

“I knew the players were there and if things had worked out, Galway could be going for four All-Irelands in-a-row. But they didn’t work out.

“Last year they won the All-Ireland and this year… it’s basically the same core of players. I think this is a very mature bunch of Galway players and I feel they can kick on and win a lot.”