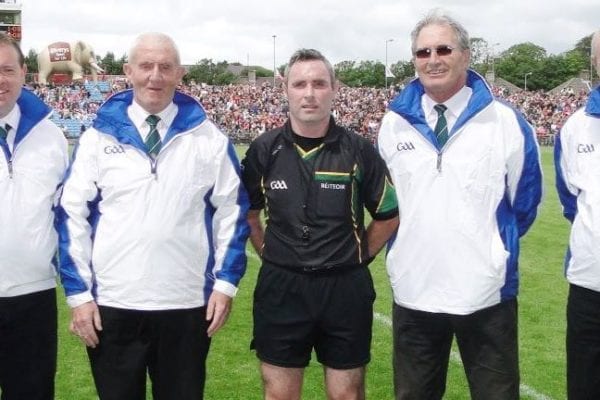 Salthill/Knocknacarra’s James Molloy has been selected as the referee for Saturday’s Allianz National Division Three Final between Armagh and Fermanagh in Croke Park.

Molloy has built an impressive resume over the last few years and was Galway referee of the year at the Football Awards in 2014.

He’s been on the intercounty circuit for four years having begun with the 2015 Connacht League.  And his performances were rewarded with him getting to officiate the that year’s County Intermediate Football Final when Moycullen beat Athenry 1-10 to 0-9.

COUNTY FINAL Intermediate Final fixed for 4.00pm on October 4th in Pearse Stadium. James Molloy will be the referee. pic.twitter.com/bpG1kKO5ft

Last September, Molloy was a linesman for the All-Ireland Minor Football Final when Kerry won their fourth title in-a-row against Derry.  And his most recent appointment was Offaly’s 0-8 apiece draw against on Monday, 19th March.