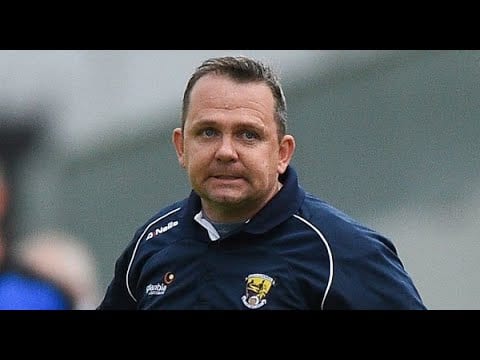 The Slaneysiders scored a 1-23 to 0-23 victory over Galway in the league quarter-final in March dethroning the Tribesmen.  But after consecutive games against Dublin and Offaly, Fitzgerald feels a third game in succession is going to be a tall order for this troops.

“You can’t look ahead to the other game,” said Fitzgerald to John Fogarty in the Irish Examiner.  “All I know is to play Galway and Kilkenny in your last two games isn’t ideal. I love the Championship; I just wanted another extra week or two instead of running it over five weeks.

“All I know is to play Galway and Kilkenny in your last two games isn’t ideal” – Davy Fitzgerald interview. https://t.co/qjr2cMr1f0 #Wexford #GAA

“Just give it an extra week or two and that isn’t a whole pile. Just give it that much more and I think you will have an incredible Championship. The attendances are pointing towards that.

“It’s a big ask for us. I’ve said it before but the thing that bothers me is us having to play four weeks in a row. Physically, this is going to be a very demanding game. When you play Galway, you’ll cover a lot of ground and there will be a lot of hits and it’ll be an exciting game.

“We’re playing the All-Ireland champions and from what I saw of their last game (against Kilkenny), they’re the best team in the Championship without a shadow of a doubt.”