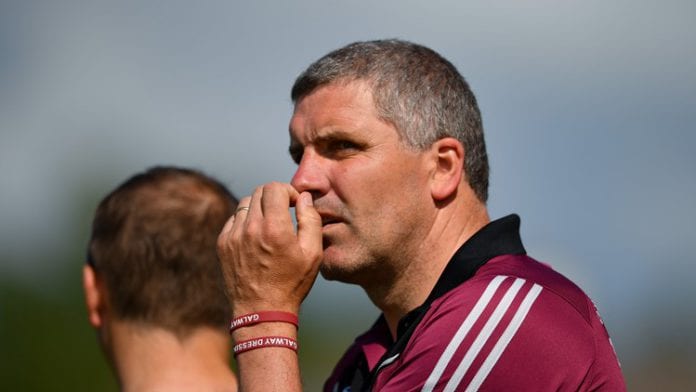 Galway football manager Kevin Walsh didn’t just cut his teeth in management when he was appointed Sligo boss in 2008, contrary to some opinions.

The Killannin All-Ireland winner only hung up his inter county boots in 2004 after a 16-year career but was keenly involved in coaching across a variety of teams before his playing retirement and his inter county management bow.

“I was with the Aran Islands in the junior A before that,” said Walsh to Pat Nolan in the Irish Mirror. “I had done senior teams twice. In 1997 (when player-manager of Killannin), I had Corofin almost knocked out before they won the All-Ireland, but look that’s probably 10 years previous.

“But at the same time I’ve been involved with teams from ‘94 all along, every year with teams. It’s something that’s in the blood, to coach and to manage.

“When the Sligo thing came along geographically it didn’t make sense and I would have put that on the table to the powers that be at the time, but they were anxious enough that I would do it at the time.

“As a player you’re doing your job. It was a one-to-one confrontation. I don’t think you take as many hits as the management take. If things are going well it’s a great place to be but if not, it’s challenging to be honest.