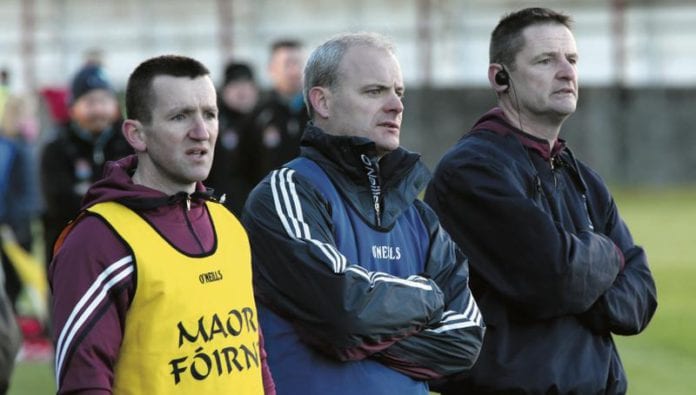 Even though they were champions just 11 months previously, the desire to add another All-Ireland medal isn’t lacking among Galway’s senior hurlers ahead of the All-Ireland Final against Limerick this Sunday (19th August).

The Tribesmen have shaken off criticism and close calls against Kilkenny and Clare to take their place in hurling’s biggest day and are 70 minutes away from emulating the back-to-back winning heroes from 1987 and 1988.

But beforehand, they must come past a Limerick team full of momentum who have already slayed a Galway challenge in 2018.  In the crucial final Division 1B group game in March, the Shannonsiders came out winners in Pearse Stadium by 2-18 to 1-19 thanks to goals from Aaron Gillane and Kyle Hayes.

“Definitely, yeah everyone wants to be involved in the biggest day of the year,” said Galway selector Noel Larkin to Cian O’Connell from gaa.ie when asked about being back in an All-Ireland Hurling Final.

Noel Larkin, the well regarded @Galway_GAA selector, is enjoying the build up to Sunday's All Ireland Final at @CrokePark!

“The semi-finals are for getting over the line and getting to the final and once you are there, it’s not that you take the foot off the gas, but everything is done and it’s a matter of fine tuning and putting the plan in place for the opposition and hopefully roll it out on the day and it works.

“We saw them (Limerick) first hand in the League in Pearse Stadium.

“It’s common knowledge we were six of seven points up that day and they came back and pipped us at the post at the end.

“They were a bit ahead of us, but the fact remains they have been earmarked from early in the year as one of the contenders and it is no surprise they are in the final.

“It was very disappointing, we always stress the importance of trying to get out of 1B and Limerick knocked that on the head.

“We have used 26 players this year in the Championship, we have great depth in the squad and against Clare in extra time our panel got us over the line. More depth is something we looked at and we are happy enough where we are going on that score.”