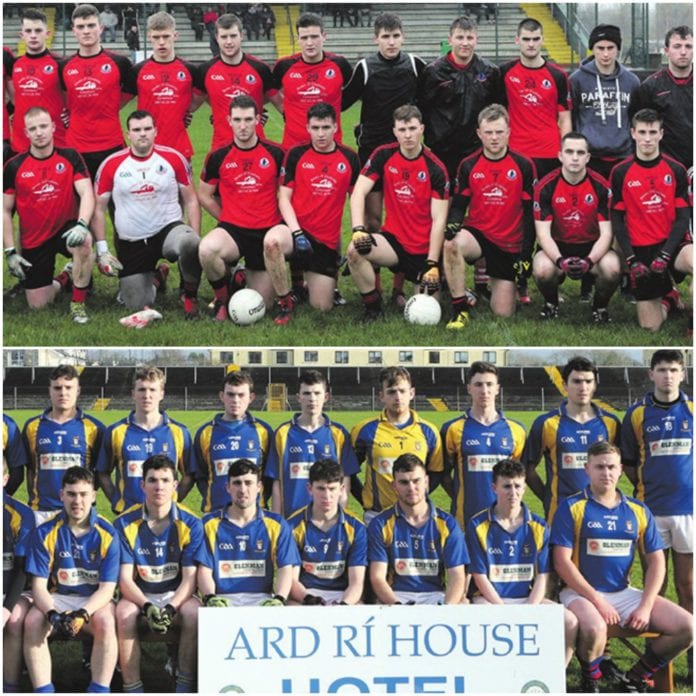 The 2017 County under 21 B Football Final between An Cheathru Rua and Glenamaddy/Glinsk will finally take place this Saturday (3rd February) in Pearse Stadium at 2.30pm.

Due to a congested calendar, weather and replays, the meeting between the North and West champions will go ahead just over three months since the competition began.

Glenamaddy/Glinsk have been busy only securing their place three weeks previously having needed six games to come through the North Board campaign.

After an opening day win over Dunmore MacHales (1-17 to 0-14) on October 28th, they were brought the distance by St. Gabriel’s in the quarter-final.  The replay on December 3rd went Glenamaddy/Glinsk’s way edging home 0-13 to 1-9 but they had two more games before Christmas.

Williamstown were their semi-final opponents and the first day finished 0-12 to 1-9.  The second installment came three days before the turkey was carved but Glenamaddy/Glinsk found a way again repeating their drawn game tally in a 0-12 to 0-10 win.

The final took place on January 13th and they were comfortable 0-14 to 1-6 victors over Headford.  Michael Heneghan was Man of the Match and Mark Dolan received the North Board trophy as winning captain.

It was more straight forward for the West Board champions as An Cheathru Rua needed just three games.  They were 0-10 to 0-9 winners over St. James in the quarter-final on October 30th before another one-point result as they got past Naomh Anna, Leitir Mor (2-9 2-8) in the semi-final.

Their final was on November 26th but they didn’t need to bite finger nails again running out 3-7 to 1-4 winners allowing captain Padraic Mac Donnacha claim the trophy; before they had to wait over two months, and watch their opponents four times before getting their chance at county silverware.