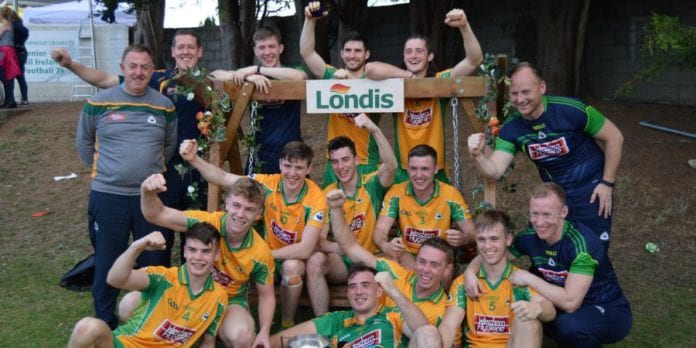 Goals for Jason Leonard and Kieran Molloy gave the Galway champions a 2-4 to 1-5 interval lead in an exciting opening six minutes that saw Michael Pollock net for the Ulster side.

However, 2-2 unanswered including further green flags for Ciaran Brady and Dylan McHugh ensured Corofin were successful.

Leonard received the cup as captain and McHugh was named Player of the Tournament.