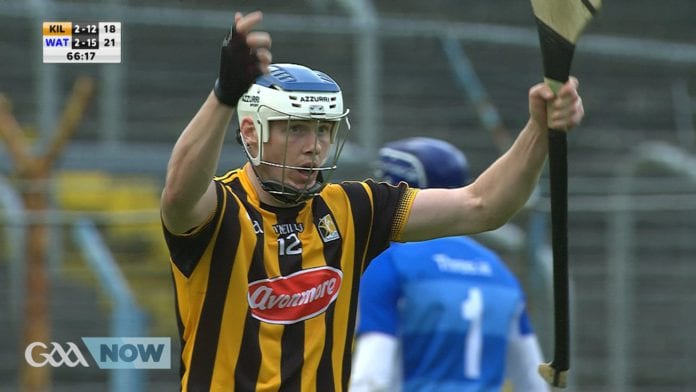 Kilkenny finished top with five players.  Eoin Murphy was the winner in goal, Padraig Walsh was named at full back, while Martin Keoghan, TJ Reid and Walter Walsh were included in the attack.

Tipperary got three picks as Ronan Maher took a midfield slot while John McGrath and Jason Forde are at 12 and 14.  Dublin won two polls with Eoghan O’Donnell and Sean Moran winning out at 4 and 6.  Wexford’s Diarmuid O’Keeffe completes the set at left wing back.

Galway had three contenders but none managed to top their poll.  Conor Whelan got 32% but finished behind Walsh; Jason Flynn (17%) came second to Gillane; and Adrian Tuohey just managed 10% coming fourth behind Finn.

The 15 winners will be part of our 45 official nominations after the All-Ireland Finals.  The second round of selections will take place after the Leinster and Munster Hurling Finals.

Dublin hurlers Donal Burke and Eoghan O'Donnell talk the talk after helping DCU DÉ beat DIT in the @ElectricIreland Fitzgibbon Cup and so qualify for their first ever Final, against UL next week. #Fitz18 #FirstClassRivals https://t.co/apaVpOGPxC pic.twitter.com/r2pQaslBBs

Johnny Coen of Galway and Diarmuid Byrnes of Limerick ahead of this Sunday's #AllianzLeague Division 1B Hurling clash. #GAA pic.twitter.com/mTGU3psKYT

Line Ball; What an unbelievable piece of skill for children to look at. I wonder do people truly appreciate the levels all intercounty players are now at. A line ball from possibly 80m just floated over the bar. Class from Ronan Maher. Inspiration for youngsters 👍 pic.twitter.com/a9arnqQdTC

Anything Podge Collins can do, Cian Lynch can do … better? Unbelievable piece of skill from the Limerick man #tekkers pic.twitter.com/KSYVCtS4AD

Sky Sports is partnering with the GAA to support the GAA Super Games Centres across Ireland! 🏆 https://t.co/aE7EaEDfqG pic.twitter.com/7okQBzU9Av

All eyes on the ball as Tipperary's Jason Forde sends a sideline cut over the bar against Kilkenny in last Sunday's Allianz League Final. pic.twitter.com/GdcXPvsWGN