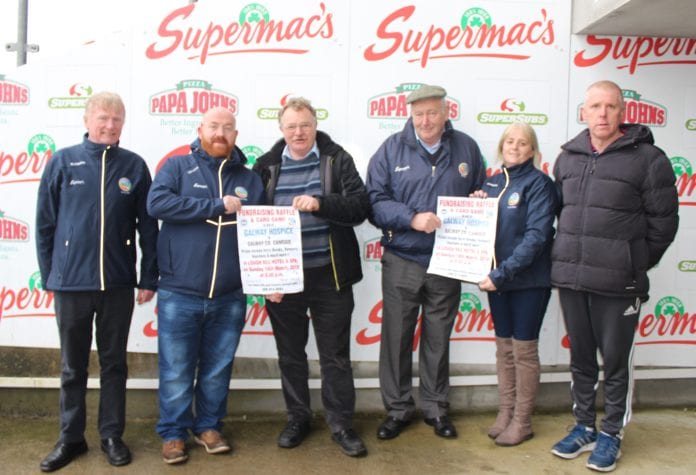 Galway Camogie Board in association with the Galway Hospice will host a Fundraising Raffle and Card Game in the Lough Rea Hotel & Spa tonight (Sunday March 18th).

On a day when the All-Ireland club camogie finals were postponed for a second time, it will give a chance for Galway camogie followers and other supporters to come together and support both the county teams and the Galway Hospice.

There will be hotel breaks, hampers, vouchers and much more up for grabs at the event which begins agt 8pm and tickets are just €10 per person with teams consisting of just two players.

This fundraiser had been originally scheduled for March 18th before the All-Ireland finals were postponed the first time after they were originally set for two weeks ago (March 4th) in Croke Park.

Athenry were set to face Kildare’s Johnstownbridge today at 1.30pm in the AIB All-Ireland Intermediate Club Final.  And that was to be followed by the senior decider between Sarsfields and Derry’s Slaughtneil at 3.30pm.

All clubs may have to wait until at least Tuesday to know when their finals will take place as Ireland continues to be hit extreme winter conditions unheralded for this time of year.

Galway did enjoy success this weekend as the minors picked up their first win of the championship when they beat Wexford 2-12 to 1-14 on Saturday in Gort.  But Lorraine Larkin’s side are set to travel to Cork next Saturday still without their Sarsfields and Athenry players.

However, Galway camogie will unite tonight in the Lough Rea Hotel & Spa for a special fundraiser and all support will be greatly appreciated.  Contact (086) 8149091 for further details.