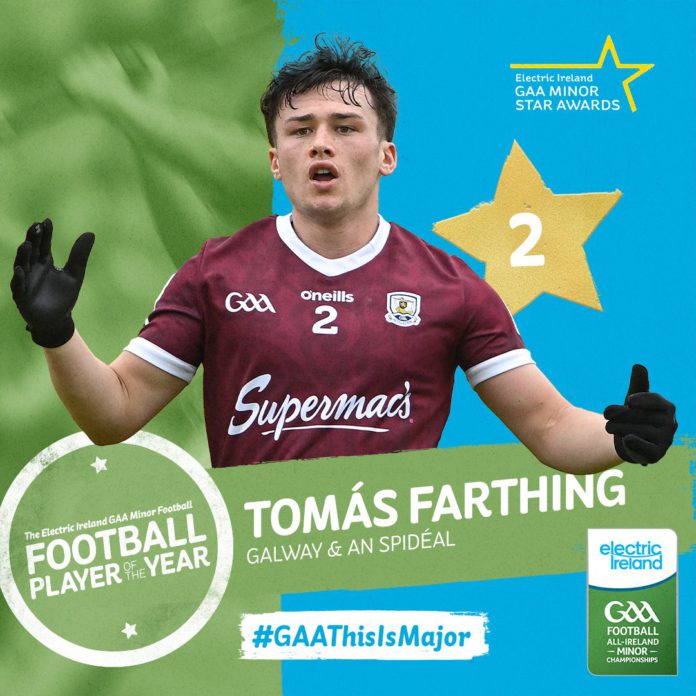 Galway’s Tomás Farthing has been named Player of the Year in the Electric Ireland GAA Minor Stars Awards today.

The Spiddal man was the heart of Galway defence on their path to the All-Ireland title this year.

A total of six Galway players have been selected for the Minor Star Football Team of the Year for this year.

The Galway Minors won the All-Ireland Championship this year, claiming the Tom Markham Cup with a 0-15 to 0-09 victory over Mayo last month.

Uachtarán CLG Larry McCarthy said “I am delighted to, once again, have the opportunity to extend my congratulations to the Electric Ireland GAA Minor Football Team of the Year,”

He added that there is a “special mention for Tomás Farthing, the well-deserved recipient of the Electric Ireland GAA Minor Football Player of the Year.”

“Fans turned out in large numbers to support our Minor players this season and we were fortunate to see the skills of these outstanding players.”

“I look forward to watching the next chapter of their playing careers,” Larry McCarthy added. 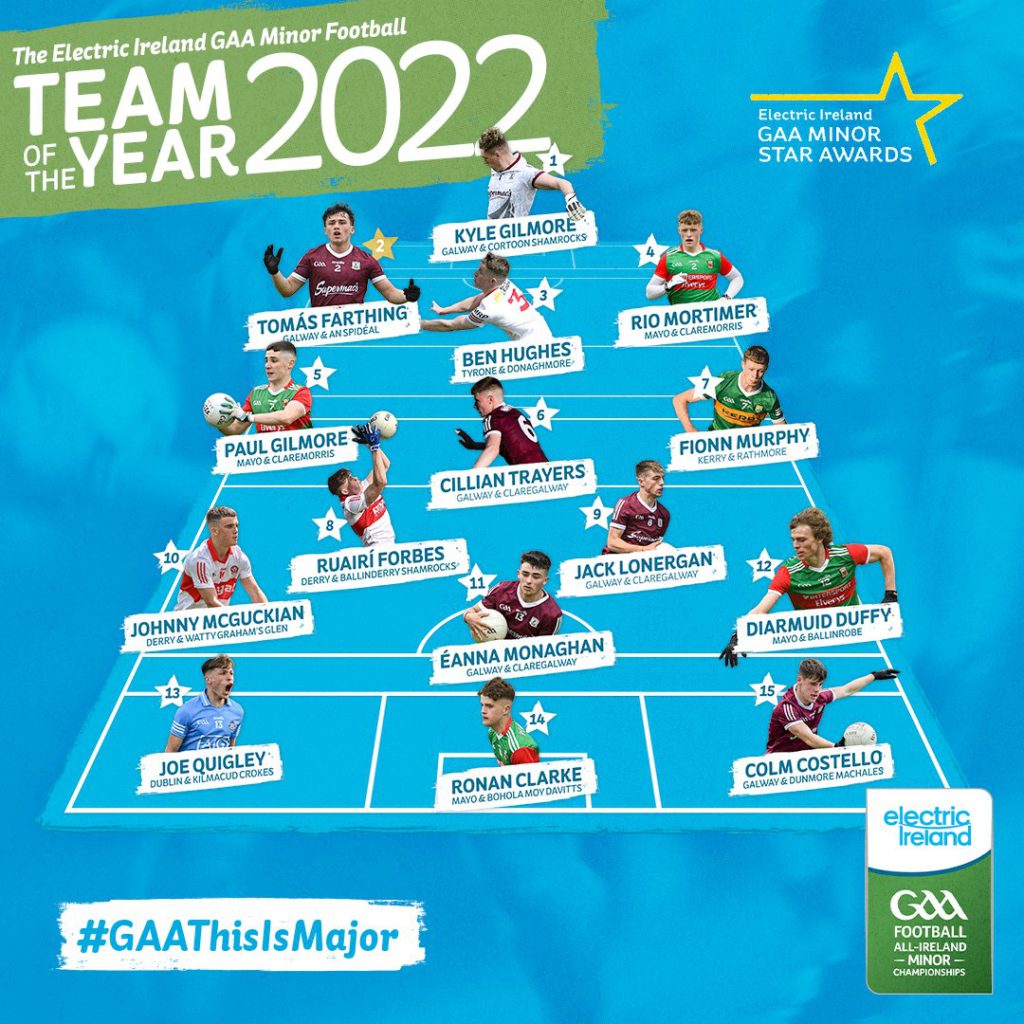 Along with the six Galway boys on the Team of the Year, Mayo, have four players represented. Ulster finalists, Derry have two representatives while Tyrone, Kerry and Dublin each have one player on this year’s team.

Sarah Sharkey of Electric Ireland said “Each member of the team has made a major contribution to making this year’s championship one of the most exciting and unpredictable in recent memory.”

“We would especially like to congratulate Tomás Farthing, this year’s Electric Ireland GAA Minor Star Football Player of the Year.”

She added that he displayed, “great maturity in Galway’s defence this year and was incredible as Galway won the 2022 Electric Ireland GAA Minor Football Championship”.

The full Minor Star Football Team of the Year is:

2. Tomás Farthing (Galway and An Spidéal)