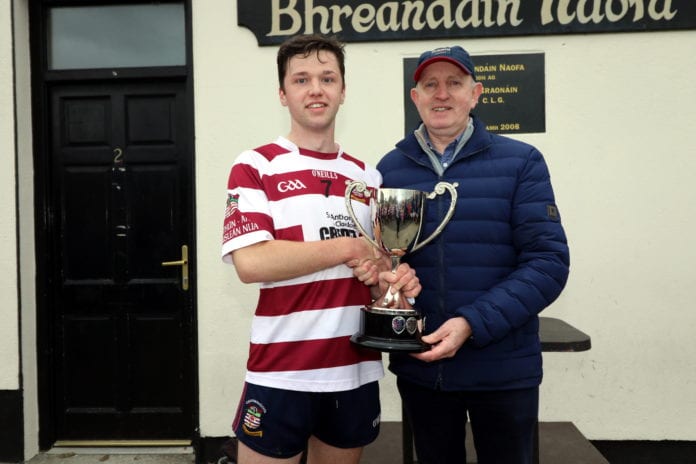 Rahoon Newcastle defeated Tynagh Abbey Duniry in a windy Loughrea to win the Junior C1 Championship for the first time on a score line of 0-13 to 1-9. This was the club’s first year to have three adult mens teams.

After winning Junior C last year, a third team was entered into the C1 competition to cater for the growing number of players.

At half time, Rahoon led 0-10 to 0-4 having played with the breeze.  A Tynagh goal early in the second half closed the gap to two points but Rahoon held on to secure back to back Junior championships. This was the teams tenth game in the competition with just the one loss.

Subs Bryan Cloherty, Josh Curtin, Tom Clancy and Andrew O Halloran all made big contributions on their introductions. The celebrations kicked off with a spin around the parish with the new trophy and continued into the early hours in Sheridans, Knocknacarra.