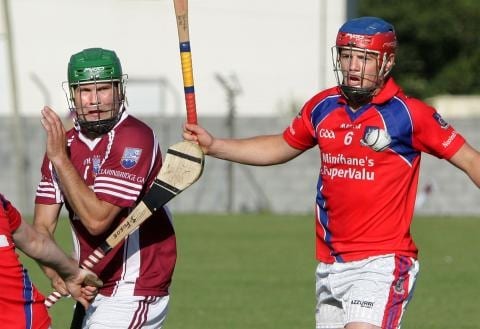 Kenny Park, Athenry has been confirmed for hurling’s massive double header on Sunday (28th October) in the senior and intermediate championships.

Oranmore/Maree and Rahoon/Newcastle will meet in the curtain raiser for a place in the Harbour Hotel Intermediate Hurling Final.

Rahoon/Newcastle had to go to a replay before surprising tournament favourites Kinvara with a 1-15 to 0-16 victory in Kenny Park last Saturday (20th October).

Oranmore/Maree booked their place in the final four the previous week after defeating Kiltormer by 0-25 to 1-17.

Kilconieron await the winners in the decider after they won a dramatic semi-final on Sunday (21st October) defeating Meelick/Eyrecourt 1-16 to 0-17 in Duggan Park, Ballinasloe.

The semi-finals are provisionally scheduled for Sunday, 4th November with Cappataggle, Liam Mellows and Sarsfields having already booked their places.

Sarsfields came through Castlegar 1-12 to 0-13 on Saturday in Kenny Park; Cappataggle edged out Loughrea 1-15 to 0-17 in Duggan Park on Sunday; while defending champions Liam Mellows outscored Tynagh/Abbey-Duniry 2-16 to 0-16 later that day in Kenny Park.

FT in Kenny Park and it's Gort 1-19pts to Clarinbridge's 3-18pts. Goals win matchs and unfortunately it wasn't our day to get them. Hard luck lads. #gortgaa #gshc