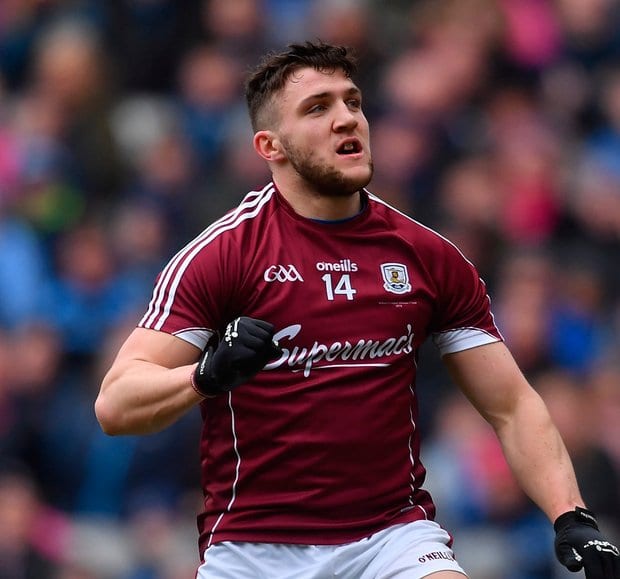 When they had to do it, Galway came out with the answers.  That was the general assessment in Dr. Hyde Park as they were crowned Connacht Football Champions and became the first county to take their place in the new look Super 8s series.

The Tribesmen struggled in the opening 35 minutes but still went in only 1-5 to 0-5 behind as Roscommon were guilty of wasting several opportunities.

Against the wind, Kevin McStay’s men seized the advantage leading 0-4 to 0-1 after 16 minutes.  Diarmuid Murtagh and Donal Smith tallied along with a Ciarain Murtagh brace with Shane Walsh kicking Galway’s point.

Walsh was fantastic getting scores at crucial stages keeping his team in touch.  He added a second but on 21 minutes, a repeat of the 2017 instalment looked on course as Ciarain Murtagh was on the end of a strong run to hit the net and Roscommon led 1-4 to 0-2.

But even though Diarmuid Murtagh scored another before the break, the hosts didn’t register from play in the entire second half.  Thirteen wides was their official total but many were poor misses and others dropped short.  They didn’t pull the trigger like they did 12 months ago.

Roscommon led 1-5 to 0-5 at half-time as Ian Burke (2) and Walsh scored for Galway.  But when forced to take on their opponents after the restart, the Tribesmen’s eagerness to regain control started playing in their favour.

Diarmuid Murtagh put Roscommon four ahead on 40 minutes but they went scoreless for 24 minutes.  Walsh got five Galway points to give them the lead before Sean Kelly got off the mark making it 0-11 to 1-6.

However, the defending champions were given another lifeline as Diarmuid Murtagh won a penalty and Conor Devaney made no mistake to give them the lead.

But they never scored again!  Sean Armstrong levelled again on 65 minutes with a replay in Pearse Stadium looking the obvious conclusion.

Galway are improving even if this wasn’t their best performance this season.  Damien Comer landed two minors before injury time before Ciaran Duggan and Burke helped them run out four-point winners.

Kevin Walsh will point to Roscommon’s misses as to why they can’t abandon their structure.  Galway need variety if they are going to challenge for an All-Ireland semi-final place.  But they are among the country’s elite and they are Connacht champions for the 46th time!