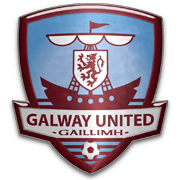 Galway United have confirmed four of a potential six pre-season friendlies for Shane Keegan’s side as the countdown continues to their opening Airtricity League First Division fixture in Eamonn Deacy Park against Athlone Town on February 23rd.

Bohemians will be the visitors to Eamonn Deacy Park on Feburary 9th (7.45pm) before Galway United go on their travels the following Friday to take on First Division rivals Shelbourne in Tolka Park at the same time (Februrary 16th).

There’s also be a meeting behind closed doors in Abbotstown against St. Patrick’s Athletic and one more match is expected to be confirmed in the near future.

With Limerick FC, under new manager Tommy Barrett, being their first opponents, it’ll be an opportunity for new signing Tadhg Ryan to face his former club whom he lined out with at under 19 level.

Ryan moved to Huddersfield Town four years ago and played at all levels up to under 23 before being recently released.  He did experience three months of senior football at the end of 2016 on loan to Radcliffe Borough and Keegan was delighted with his new signing.

“I think it’s a real coup,” said the manager to Galway United’s official website.  “I think Tadhg has tremendous potential and he could be a huge addition for us.

“He’s taken quite a leap to agree to a termination of his contract at Huddersfield, he was just hungry to get going and playing games at first team level. He was adamant that he wanted to be here for the first day of pre-season. His attitude through this whole process has been superb.

“Tadhg is unbelievably hungry to get involved in a first team environment. For all the development players get over there, you really can’t beat first team football, where winning is all that matters on a Friday night.”

Keegan will aim to further strengthen his squad shortly but he had to say goodbye to his first team and assistant coach Leo Tierney who departed the club citing work commitments after four years there.

“Firstly, I’d like to thank the club for the last few years, I’ve really enjoyed helping the club to re-establish itself, through the good times and not so good times last year,” said Tierney.

“I enjoyed working with the players, who have been excellent and of course all the staff. I’d like to thank the committee for giving me the opportunity.

Tierney: “Most of all, I’d like to thank the supporters, they’ve been brilliant over the last few years. I really appreciated their encouragement and I wish the club the best of luck in the future.”

Best of luck to Leo in the future.