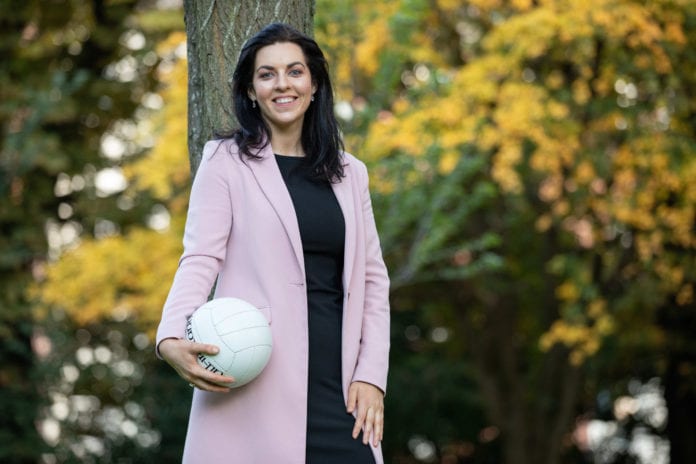 After delays due to the pandemic, the TG4 Ladies Football Championship in association with the LGFA is returning at the end of this month, promising high drama from the very start.

As always, TG4 will be in the thick of the action, broadcasting nine live games including the junior, intermediate and senior finals.

And there will be a new face on TG4’s Peil na mBan Beo coverage this year, with former Galway star and TG4 analyst Máire Ní Bhraonáin fronting the station’s live broadcasts.

The presenter, commentator, analyst and secondary school teacher was born and raised in Milltown and started playing football with her local club when she was nine years old. She made her Galway Senior championship debut in 2011 against Dublin.

Graduating from Trinity College in 2010 in Modern Irish and Drama Studies, she completed her PDE in NUIG in 2013.

A love of music has always been in the family and she plays the fiddle, piano and tin whistle. As well as working as a vice Principal in Conamara during summer months, she has travelled three times to Zambia to build homes for the local people.

“Sport plays a prominent role in our lives,” said Máire, commenting on fronting Peil na mBan beo. “For the past 20 years, TG4 has been instrumental in promoting and developing Peil na mBan.

Máire Ní Bhraonáin will be joined on Peil na mBan Beo, which is produced by Nemeton TV, by a glittering team of analysts including Rena Buckley, Sorcha Furlong and Michelle Ryan.

TG4’s coverage begins with a big weekend in Cavan, with live coverage of Armagh v Tyrone under Friday Night Lights on the 30 October, quickly followed by champions Dublin against Donegal on Saturday, 31st.