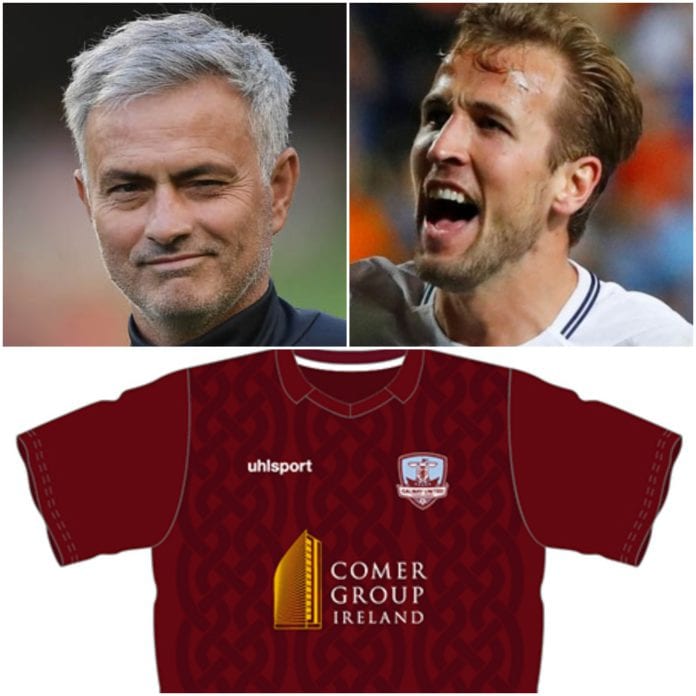 The Maldron Hotel had never seen anything like it and Galway Bay FM’s Mike Raftery is buzzing with excitement.  Even the Connacht Tribune’s Keith Kelly can’t hide his happiness.

Maroon and White jerseys have never been displayed with such passion and not a Supermacs Logo in sight.  After an overturn in their organisation, set-up and ownership, it’s a new era with a Tribal feeling.  It’s Special!  It’s Needs A Special One!

“I am a winner.  I like a challenge.  I am ready.  I have won four leagues and the Airtricity will be the best.  It’s a special city along the Wild Atlantic Way.  And I am special.  I am fantastic!  I can be wild!  And I am going to bring the Capital of Culture into Europe.”

New Galway United manager Jose Mourinho has made his opening statement after being snatched away from Manchester and the new Saudi owners believe their investment is ready to bear fruit.

“Have you any targets in mind Jose,” beams Galway Bay FM’s Ollie Turner at this Press Conference never before seen in the Western Capital.  George McDonagh, Kevin Dwyer and John Mulligan have already penned the song ‘Galway United Man’ and the Connacht Tribune’s John McIntyre is waiting to hear about Jose’s men fighting in the trenches like his did as Tribal manager and Tipperary player.

“I have spoken with the owners.  They have promised to spend,” added Mourinho.  “They are fantastic.  They could have bought any club.  Any club would do.  But they saw, like I saw, something special in Galway.  They are a sleeping giant.  I will wake them up.  I’m fantastic!”

The Tuam Herald’s David Connors has the scoop.  He’s done the homework and knows the Unique Sports Management connection.  A man with Connemara roots is going to be the first signing.

“I will not speak about a player from another club,” adds the man whose won league titles in Portugal, England, Italy and Spain.  “But we are very interested in any top player that wants to play for Galway.  And the owners have promised to help get anyone I want.”

“So are you after Harry Kane,” asks the Connacht Tribune’s Stephen Glennon looking for the back page story that could make Page One of the regional player.

“Harry Kane is special.  So is Dele Alli and Cristiano Ronaldo.  We have Robbie Williams, Stephen Walsh, Ryan Connolly and Eoin McCormack.

“And my assistant Gerry Murphy says that Joe Canning, Daithi Burke, Damien Comer or Sean Andy O Ceallaigh could be worth a look.  They are all great players.  I’m a great manager.  It will be a great club.” 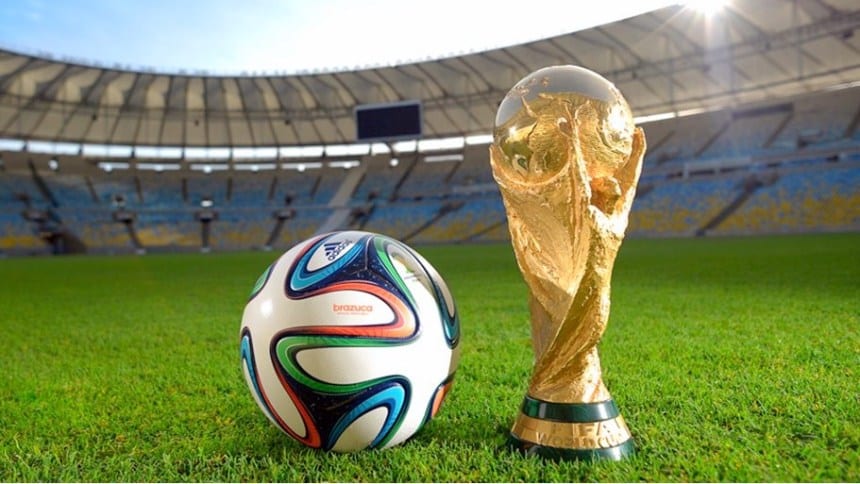 Ok my imagination got the run on me today with the start of the World Cup, rumours about takeovers at Galway United and a picture of Harry Kane on the front page of the Connacht Tribune.

We mightn’t be in it but World Cup Fever has arrived and I’ve just watched Russia give us a starting performance better than any other host with a 5-0 trouncing of Saudi Arabia.

My love affair with sport began on May 31st 1986 thanks to a combination of boredom playing outside and my mother’s awareness that a soccer match was on TV.

Italy against Bulgaria and Mexico 86 would take my breath away for the next month and every World Cup since, I just found it hard to concentrate on anything else when the biggest sporting event on Earth takes over our minds and thoughts.

I’ve not always seen as many games as I’d like.  And I’m sure I won’t see as many from this as I’d prefer.  It could be a damp squib or it could be something amazing.  At least two of Russia’s goals in the first match will be remembered at the finish.

1990 – The Mighty Quinn and those penalties in Genoa

1994 – The Giants Stadium, John Aldridge and the Man in the Yellow Hat

2006 – Headbutts, Klinsmann and the WAGs

Should a takeover happen and I’d imagine there’s a process to go yet, I doubt the dream like scenario above will materialise to that extent.  Though Galway in the Champions League would be something special!

But with dreams come waking up.  And Galway United need to reawaken their promotion ambitions tonight (Friday) when they travel to Wexford.

I like Shane Keegan having met him a few weeks ago.  And while I joke about Jose Mourinho, I think Galway have the man that can lead them to success in time and no doubt, he’ll use the two-week break to plot a way back up the table.

When we decided to reintroduce Darren’s Diary – post-kicking the habit – I expected the first instalment to be about the Connacht Football Final.  It is an important game for both counties.  But a lot is happening Terryland Way and keeping a tab on upcoming developments will be equally interesting.

The right decision regarding Galway United’s future will be made in time regardless what way it goes.  Excitement brings imaginative thoughts and the inner child can run off with his/her thoughts and with amazing scenarios that are possible if improbable.

For me, I’ve a month ahead to enjoy like I did as a seven-year-old all that time ago.  I’ll never forget my mother helping me fill a bubble gum poster.  I might have outgrown that now but all football fans will have more memories to savior between now and the 15th of July.

And should it come to pass, maybe a special time for our own local club will follow.  If so, as Jose would say, that would be “fantastic.”