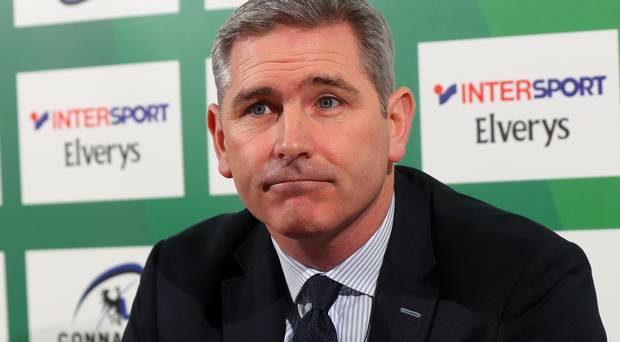 Connacht Rugby CEO Willie Ruane was interviewed on Newstalk’s Off The Ball where he discussed the upcoming redevelopment of the Sportsground as well as the termination of Kieran Keane’s contract after last season.

A poor start and conclusion bookended Keane’s role as coach and he was relieved of his duties at the end of the 2017-18 season after just one year in charge.

Connacht suffered two defeats to Zebre and tailed off from any chance of qualifying for the Champions Cup despite making the quarter-finals of the European Challenge Cup.  Indeed, Connacht finished sixth in Conference A of the Guinness PRO14 Championship.

“It was a difficult year for everyone involved,” said Ruane to Joe Molloy.  “Including Kieran, in fairness to him as well. No one sets out for something not to work out but we had to make that decision and we’ve moved on from it.

“Andy (Friend) is in situ now and things are going very well. He’s a super guy and the players are performing on the pitch. I’m delighted for them as well.”

Friend has led Connacht to three wins from their opening (and difficult) six games with victories over the Scarlets and a first away triumph against Ulster since 1960 being the highlights.  One poor effort against Leinster side, they are relishing European action this weekend.

And with the announcement of a redevelopment of the Sportsground, including a capacity increase to 12,000, Connacht Rugby’s future is looking bright and Ruane was delighted to stay in their home venue.

“From an infrastructure perspective,” added Ruane.  “We’re very close to the city centre and that helps in creating the atmosphere and a match and a night at the Sportsground is in a Connacht Rugby centre.

“Our vision for The Sportsground will ensure that the West of Ireland has a stadium which future generations of sports stars, supporters and all the people of Connacht can be immensely proud of.

“Outside of that, we’re close to the main bus station, we’re very close to the main train station and we’re on the side of the city that is more easily accessible if you want to come from Mayo or Sligo or Leitrim or the rest of the province.”

Connacht host the Bordeaux Begles in their opening fixture of the 2018-19 European Challenge Cup on Saturday, 13th October.  Kick-off at the Sportsground is 3pm.