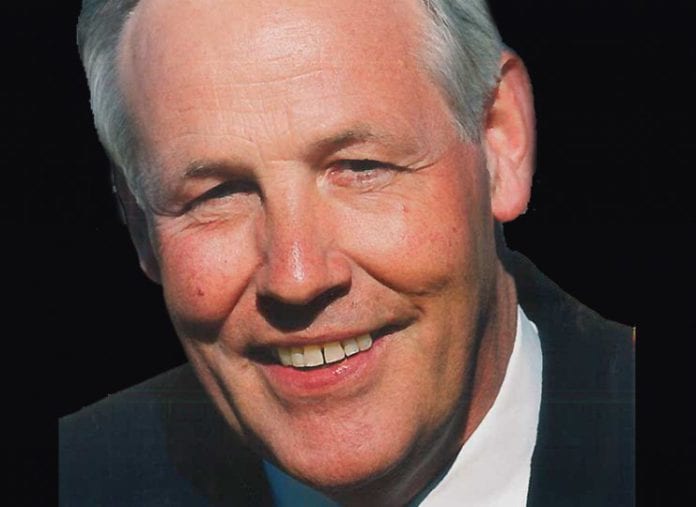 Tributes have been paid to the late Dr. Tony Browne who passed away this week for his lifetime of contributions to rugby in Connacht.

Tony Browne was the recipient of Connacht Rugby’s ‘Lifetime Contribution to Rugby Award’ earlier this years of contributions to the sport both on an off the field.

He passed away peacefully at his home in Kingston in Galway city this week surrounded by his family.

Originally from the village of Moygownagh in Co. Mayo, Tony Browne came to rugby when he was 12 years old when he was a boarder at Garbally College where he played second row and number 8, also representing the Connacht Schools team.

After school he made it to a Connacht Junior Cup Final in 1963 with Crossmolina RFC while studying dentistry at UCG.

In 1970, he was appointed Coach to the Connacht Senior Squad, a post he held until 1975, and from 1982, as Connacht Rugby Branch Rep, he was a member of the IRFU National Committee.

On the Committee he was Chairman of some of the most important National Sub Committees including those dealing with Schoolboy Rugby and Refereeing Standards.

In 1990 he was appointed President of the Connacht Rugby Branch and a year later he became the first and only person ever in the history of Corinthians to hold the office of President of IRFU.

In a letter of tribute released this week Connacht Rugby said “On behalf of everyone involved in Connacht Rugby, we wish to express our final respects to this true gentleman, particularly in passing on our sincere condolences to his beloved wife Treasa, his children Deirdre, Paul, Anne-Marie, Eoin and Niall and all his extended relatives and friends at this very sad time.”#

It also said that “It is testament to the man that he remained a Trustee of Connacht Rugby right up until his sad passing.”

Dr Browne will be reposing at his home on Sunday before removing to the Sacred Heart Church on Seamus Quirke road on Monday for a requiem mass at 11am before being laid to rest at Rahoon Cemetery.