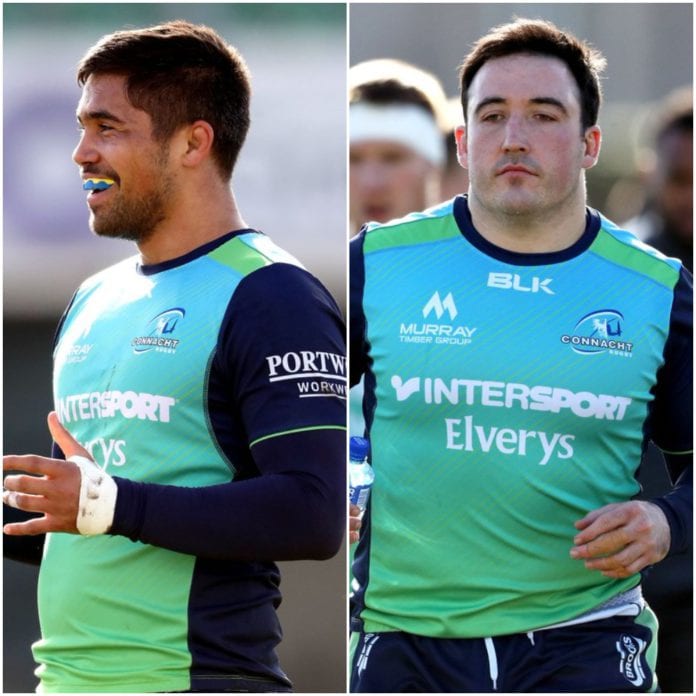 Flanker Jarrad Butler and prop Denis Buckley have returned to the Connacht side to face Benetton Rugby in the Guinness PRO14. Tiernan O’Halloran, who missed the game against Zebre last week with a short-term injury is also back in Kieran Keane’s starting XV.

TEAM ANNOUNCEMENT | Jarrad Butler and Denis Buckley are back in the starting XV for the game against Benetton Rugby on Saturday.
Full Team News ⬇ https://t.co/1LN5J3AAV4 pic.twitter.com/X2K1mKMwqF

Having come through a full 80 minutes last weekend, flanker Sean O’Brien is named at blindside in an experienced back row that includes Butler and veteran captain John Muldoon.  Jack Carty is named at out half where he will form a half back pairing with Caolin Blade.

The squad is also boosted by the return of Niyi Adeolokun from injury and Ultan Dillane from international duty, with both named among the replacements. Dillane will return to Irish camp after the clash in Italy.

The clash with Benetton on Saturday will form the first leg of a tour for Connacht which will take mostly the same personnel on to Bloemfontein in South Africa to play the Cheetahs on Saturday 3rd of March.

“We have a number of players coming back from injury which will be a big boost against Treviso on Saturday,” said Keane to Connacht Rugby’s official website.  “They are on a great run of wins and I’m sure they will be targeting us especially when they have been so competitive at home this season.

“The majority of the squad will travel on to South Africa, but we have put plans in place for replacements to join the squad after the game in Italy. These two games will really test the depth of our squad and we will need to be at our best if we want to win them.”

Connacht’s game with Benetton in the Guinness PRO14 will take place in the Monigo Stadium at 12pm on Saturday, 24th February.