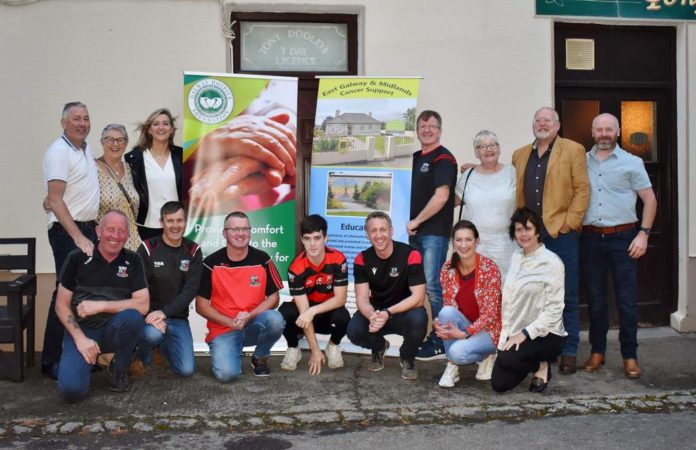 Cappataggle GAA have launched their annual fundraiser to support the club, and two worthy local charities.

These two charities were chosen in memory of club stalwart Sean Stankard who sadly passed away in March of this year.

“Sean was a great servant to the club and the wider community in Cappataggle and raised thousands of euros for local charities and the club over the years,” a club spokesperson said.

“Both the Galway Hospice and the East Galway and Midlands Cancer Support Centre were of huge support to Sean in his final months and continue to provide help and support to hundreds of families from all over the west of Ireland.”

This will be Cappataggle GAA’s biggest ever fundraising endeavour and it hopes to raise over €100,000.

It’s hoped that hundreds of people from the parish and beyond will take part in the ‘Sean’s Stairway to Heaven’ climb in August in the Cuilcagh Mountain Park in Co Fermanagh.

Each team will hold different fundraising events in the lead up to their climb, so please keep an eye on Cappataggle GAA’s social media channels for updates on how to support.

Anyone who wants to support this drive can also donate online at www.idonate.ie/cappatagglehurlingclub.

The fundraising drive will close with a day of celebration on August 28th, with a great day of events to be organised in Cappataggle Sportsfield.

There will be music in the marquee and entertainment on the day, with everything from sheep racing, sheaf throwing, turf footing and a game of hurling involving some ‘Masters’ from local hurling clubs. Plus, lots more. A great day out is guaranteed.

The club is asking anyone that can to please support the teams taking part in the weeks ahead as they raise funds, in any way, big or small.