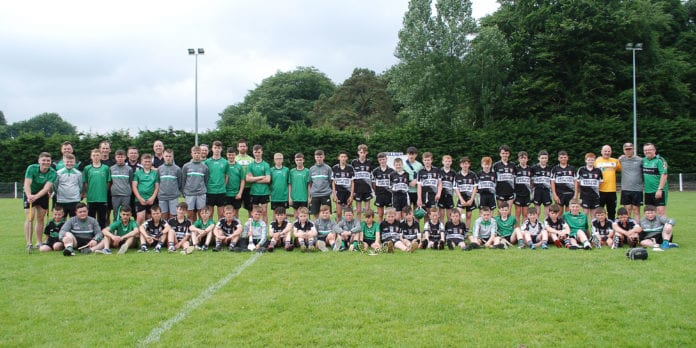 All three teams won their quarter-finals on Saturday afternoon, Pearses defeated Naomh Moninne (Louth) in the Connacht GAA Centre, Bekan. On to the semi-finals then on Sunday afternoon where Pearses were defeated 1-10 to 1-5 by Roscommon Gaels. Sarsfields and Na Fianna also exited at the semi-final stages.

The club would like to thank all who helped in making Féile weekend so enjoyable and especially to our sponsors: Bobby Hynes & Sons Agri; James Clancy Plastering and Martina Donnellan.

Pearses Junior footballers recorded a fourth league win from five games when they defeated Menlough on a scoreline of 2-9 to 2-7 in Ballymacward. The Junior hurlers lost out to a last minute goal against Portumna in Championship Round 2, also at home. They have one win from the two games played.

Well done to Conor Walsh who hurled for the Galway Cumann na mBunscol team at half-time of the Galway v Dublin Leinster SHC match in Pearse Stadium. Jack Barrett and Cathal Kitt were part of the Galway McDonagh team who lost out narrowly to North Tipperary in the Celtic Challenge earlier in the week.

Below is just one of the wonderful pictures from the matches played in Ballymacward on Friday and Saturday.  Thanks to David Cunniffe for sending them and click on the below link for more shots from a memorable weekend.

There are more of David’s pictures available HERE. 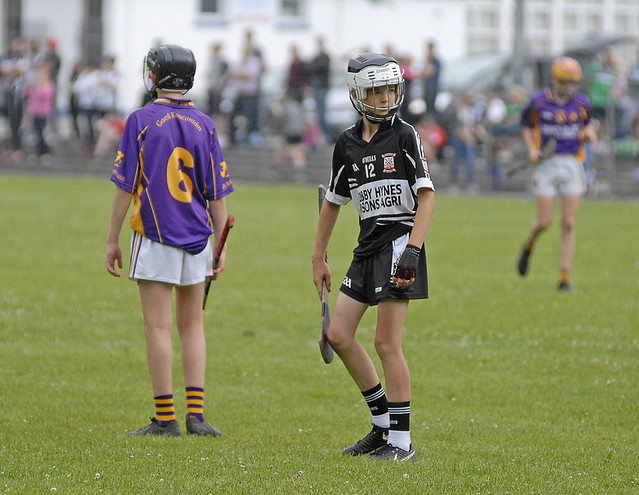 Details of upcoming and recent events will be online at 6pm every Wednesday.

If your club or society has any information you want to share, please contact sport@www.galwaydaily.com with news/results/reports/events/pictures etc.  You name it, we want it!  And anything received before 10pm the previous Tuesday night will be included.