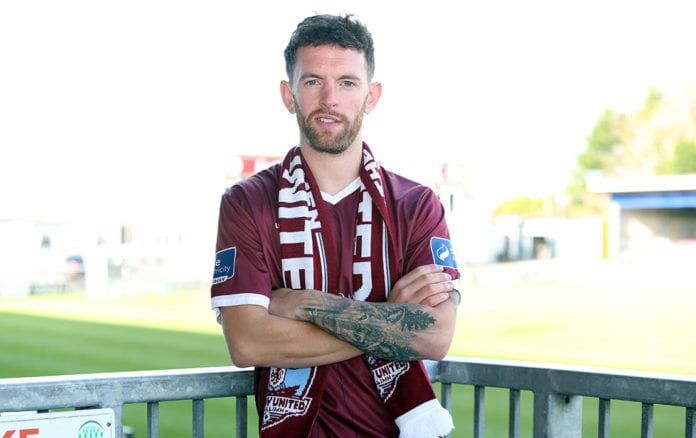 After a barren spell without scoring and staring a potential drop to the bottom half of the First Division, Galway United stormed back into life.

Aaron Dobbs gave the visitors a first half advantage and they came close to a second after the break.  But when Danny Furlong broke the Galway United deadlock on 62 minutes, there was no looking back for Shane Keegan’s men.

A fantastic second half performance from #GUFC, coming from behind to win convincingly at Eamonn Deacy Park.

Goals from Danny Furlong, a record equalling strike from Alan Murphy and finishes from Carlton Ubaezuonu and Eoin McCormack win it! pic.twitter.com/CWY3Vlzj12

Dobbs got on the end of a Dean Kelly free kick on the half hour mark to give the South East team an interval advantage.

Even though Wexford were creating chances, it was their first clear cut opportunity and Dobbs, who was ever threatening, didn’t make any mistake.

Furlong had Galway’s first chance on three minutes but just shot over.  And Wexford keeper Kelan Gaffney was also on hand to deny to further efforts from Murphy and Stephen Walsh.

Dobbs, on loan from Shamrock Rovers, eventually made Galway’s wastefulness count when he found the net but home fans felt aggrieved as they felt referee Paula Brady should have awarded Murphy a free instead of Kelly.

Mark Slater came close to giving Wexford a second goal before Galway finally broke down their opponents and got on level terms.  Stephen Kenny sent in the cross from Gary Shanahan’s pass and Furlong toe poked to the net to make it 1-1.

Wexford were struggling and the tide completely turned four minutes later.  McCormack was fouled in the box.  Ross Kenny received his marching orders for a professional foul.  And even though McCormack looked anxious to take the spot kick, Murphy joined the record books converting the penalty.

With their opponents on the back foot, United didn’t relent and when substitute Ubasezuonu, who was causing problems upon his introduction, drove down the middle before rattling a fierce strike off the underside of the crossbar, home fans knew their team had finally come good.

Down to 10 men, the Slaneysiders were just holding on and eventually conceded the fourth.  Shanahan sent in the cross and McCormack’s performance was rewarded with a deserving goal.  After looking in serious trouble at half-time, Galway United ran out comfortable winners.

They still sit in fifth place, four points behind UCD before two potential big games next weekend against Shelbourne and UCD.  If they come out with four points from those two encounters, they’ll be right back in the mix.