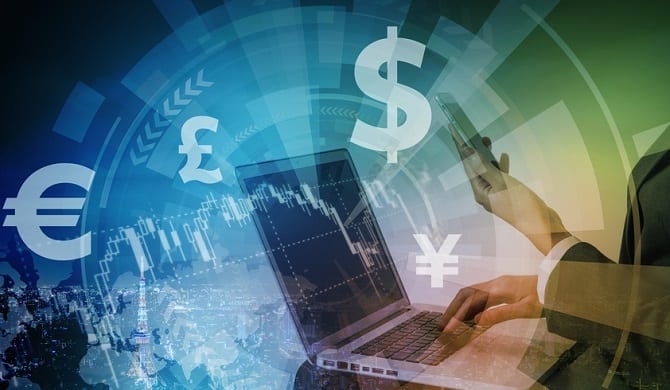 How Galway’s push to lure fintech startups out west is starting to pay off.

Ireland’s economic resurgence has revealed the emergence of some exciting sectors and cohorts of industry – none more than the rapid growth in “Fintech”.

When “Fintech” is heard in business conversations across Ireland, one would be forgiven that this emerging sector is rapidly expanding in Dublin.

However, several developments over the past 6-12 months have shown that more local and foreign companies in the fintech and blockchain space are looking outside the capital.

With Brexit edging ever closer and, with the interest of the international business community eyeing up Ireland’s potential, Galway is gradually positioning itself as a home for fintech start-ups looking beyond Dublin.

As reported in Galway Daily recently, PiP Payments, which is currently going through a successful round of fundraising, together with Priviti, which makes data making solutions for financial services, are just two of the types of business that are part of Galway’s fintech story.

The outcome of the UK leaving the EU is more and more becoming a determining factor for a lot of fintech companies that will influence their decision to either stay or leave the UK.

Most recently, US fintech company Circle, which has an office in Dublin, applied for an e-money licence in Ireland to protect itself from ill effects caused by Brexit.

Ireland has been regularly touted as a new EU location for finance and tech firms but most of the attention has been on Dublin.

However, the emergence of Galway as a west of Ireland hub is gaining momentum and it isn’t just interest from the UK that is contributing to this momentum.

Given the size and importance of the US market and, as a recent example of new fintech investment in Ireland, New York-based blockchain firm Blockdaemon just recently, chose Galway as its first European location over Dublin.

Blockdaemon’s move follows the acquisition of Galway security solutions company AmaTach by French company ParagonID which will give it a fresh presence in Ireland.

For some time now, leading tech firms such as HP, IBM and the German software giant SAP have some operations in the city of tribes.

Galway Chamber of Commerce has loudly and proudly encouraged the government and the State agencies to promote Galway as a post-Brexit destination for fintech start-ups that are already looking at Ireland as a potential base.

And that big push might now be starting to pay off!

Both of Ireland’s state agencies have been working hard to assist growing companies within the fintech sector. The IDA has pushed recently for more blockchain-related companies to invest and locate in Ireland, while Enterprise Ireland has established a new fund for fintech startups with the aim of nurturing the sector.

Aonghus O’hEocha, an entrepreneur who heads up Bitcub, who has been living in Galway for 18 years cited the sentiments around talent as a force for growing the fintech scene.

Aonghus heads up Bitcub, and is a native Galway startup that creates blockchain solutions for credit unions and building societies that has stayed put.

“Talent was one of the main drivers for me, the fact that you had GMIT and NUIG, a lot of people coming out college, youthful and enthusiastic, a potential workforce,” he said.

He went on to say “I know other employers in Galway and they’re getting CVs from people that are currently in Deloitte and PwC and other big companies in Dublin. They’re willing to take a pay cut and move west,”

Whilst Dublin’s well-documented housing crisis and cost of living are major factors, Galway is not immune to challenges either.

“It can be quite expensive to rent office space but there are bargains to be had,” O’hEocha said, pointing to co-working spaces like Bank of Ireland’s Workbench – which Bitcub uses – and the AIB-backed Portershed.

As a result, the company has less competition trying to hire engineers compared to Dublin, he added:

“We wanted to go somewhere where we’re a great proposition and we can find great people without having to spend too much money trying to figure out how to explain to people why we’re more exciting than the potential competitors.”

With the growing effect of Brexit coupled with the expensiveness of Dublin, the future is looking bright for Galway as a new cluster of companies in a fast growing ‘tech’ sector begins to take shape.