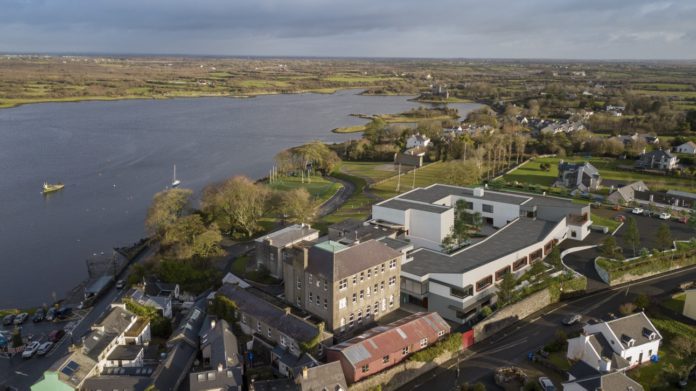 Work has begun on a €2 million expansion of Seamount College in Kinvara to build additional permanent classrooms for the secondary school.

Galway East TD Seán Canney has said that the contractor for the works is onsite, and that the foundation is expected to be poured next week.

This €2 million investment will create six new classrooms, along with new staff rooms and a lift, for the Kinvara secondary school.

“Seamount College has really progressed following a threat to have it closed 10 years ago,” Seán Canney said, adding that these works will help to create a modern education facility.

“I commend the Principal, staff, Board of Management, parents and students for persisting in developing and fostering education in Kinvara.

The school has plans for major expansion that will ultimately involve the removal of all existing prefabs, with a modern permanent school taking their place.

The Department of Education gave the go ahead to start construction work on Phase 1 of this project in January, and also approved the designs for Phase 2.