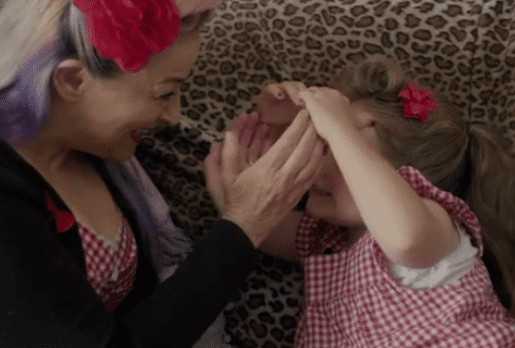 Galway-based charity Hand in Hand has been selected as one of the charities to benefit from Woodies’ annual fundraiser this year.

Woodie’s has raised much-needed funds for four children’s charities in the past five years, with the most recent fundraiser raising a staggering €1,177,000 to date.

From Monday 22nd July, 1,400 devoted Woodie’s colleagues and suppliers in their 35 branches nationwide have been raising the much-needed funds through an array of activities, inside and outside of the work place.

These have included sponsored leg waxing and beard shavings (for the men!), visits from the fire brigade to sit in the hot seat, Elvis impersonators and silent auctions.

A team of Woodie’s heroes will also undertake the gruelling task of cycling 1,600 km around the country over five days, calling into each store to collect their Woodies fundraising cheque.

Finally, all the cycles teams will meet in Mullingar on the final day and cycle en masse to their final stop in Tallaght on Friday 23 August with the total money raised, where they will be greeted by friends and family.

Woodie’s CEO Declan Ronayne said: “It’s hard to believe this is our fifth year at this, I am so proud of our 1,400 colleagues and the 1.177 million we have raised to date, it is a testament to them, our suppliers and our customers.

“The charities are chosen by our colleagues and this year we have two recognisable names in Temple Street Children’s Hospital and ISPCC Childline, and two smaller charities in Hand in Hand and Autism Assistance Dogs.

“Our funds raised will provide a meaningful sum to the first two and an extraordinary difference to the latter two. It feels so good to be make such a difference. It is the highlight of our year.”

Laura Bromley, fundraising and development officer at Hand in Hand explained: “The money raised will enable us to help even more families this year.

“The nationwide visibility the campaign brings is invaluable for a Galway-based national charity like us. We are the only provider of our essential support services to families across Ireland, and we work closely with Crumlin to tailor our care for each family individually.

“Unless your life has been touched by childhood cancer or you’re in the Galway area, you are unlikely to have heard of us or what we do.”

Ms Bromley continued: “This year we will finally be able to extend our services to include counselling, play therapy, complimentary therapy and other psychosocial support to meet the ever-growing needs of families nationwide; thanks to Woodie’s.

“Also, our new dedicated childhood cancer support centre in Loughrea (the first of its kind in Ireland), is in its final stages of completion and will open in the coming months. These are very exciting times for the Charity and the families we support.”

The charities have chosen their own little hero to represent the campaign, whose heart-rending stories are shared on video, from plucky seven-year-old Freya who was diagnosed with a tumour and underwent months of intensive treatment, to Jack with Autism whose isolated world was transformed with the arrival of Thorpe the dog.