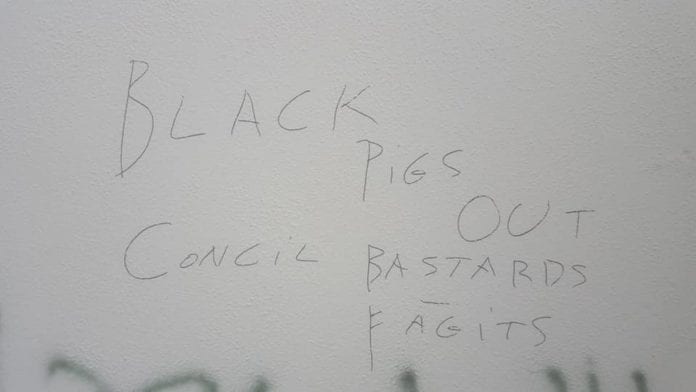 There has been an outraged reaction to racist and homophobic graffiti which defaced Westside Community Centre over the weekend.

The poorly spelled graffiti attacks people who are black or homosexual, as well as the local council and also appears to contain a personal attack on Mayor of Galway Mike Cubbard.

Mayor Cubbard shared images of the graffiti on Facebook, saying that he is “disgusted” by this disgraceful defacing of a local community centre.

One message appears to be an attack on the Mayor, referring to him as “Cobberrard” and calling him a “fagit” along with attacks on the council as a whole. 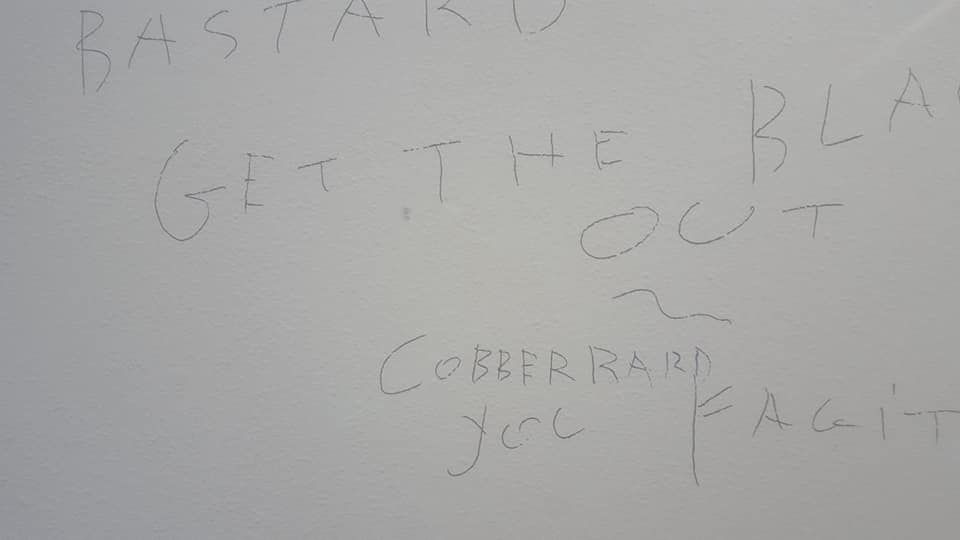 The illiterate person responsible for this disgusting act also repeatedly wrote “black pigs out” on the walls.

“Whilst it’s not very nice for my family in particular to see this, I accept that I’m fair game whilst in the public eye,” Mayor Cubbard said in a Facebook post touching on the apparent reference to him among the offensive statements.

But Mike Cubbard added that he has “no time for cowards who destroy our local centre with racial remarks such as this.”

“I’ve never seen my name spelt with so many letters 🙈 but then again, when someone decides to do this in clear view of CCTV they are obviously not the sharpest tool in the box”.

Dozens of people have commented on Mayor Cubbard’s post in the past day expressing their own disgust with the racist graffiti on a community centre of all places.

It’s understood that gardai are investigating the incident and examining CCTV footage from Westside Commumity Centre.