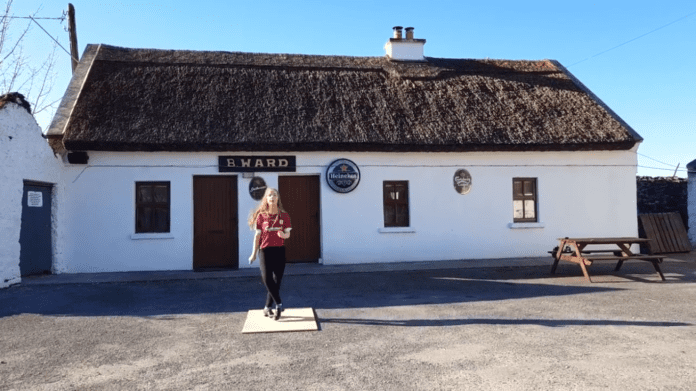 Mary Wards pub is possibly the most Irish-looking pub in the country, and it could be the nicest – especially in the sun.

So it’s no surprise that’s where Galway Girl Alannagh Duane from the Conway – Byrne Academy, decided to film her audition video for a scholarship to a summer camp which takes place in a few months.

She’s competing for a scholarship to the Fusion Fighters Dance Fest 2018 against other teenagers from across Ireland and Britain.

And her audition video, published last week on the Fusion Fighters Facebook page,  has been very well received, with almost 30,000 views and almost 400 shares!

Fusion Fighters was launched on St Patrick’s Day 2013 at the ‘Mayor of London Festival’ in Trafalgar Square, London.

Their progressive Irish dance initiative has established itself now worldwide where they work intensively in the creation, production and delivery of international dance campaigns and video projects.

And Alannagh will have the full support of Galway in her quest for a place in the scholarship programme!