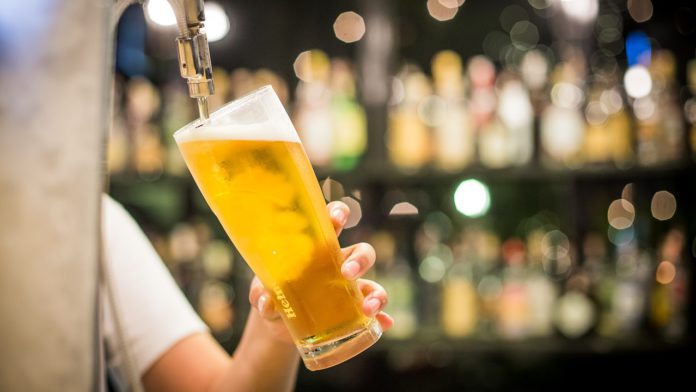 A global study, co-led by University of Galway, has found that high and moderate alcohol consumption was associated with increased odds of stroke.

The study also found that there was no link between low level drinking and stroke.

The INTERSTROKE research looked at the alcohol consumption of almost 26,000 people worldwide, of which one quarter were current drinkers, and two-thirds were teetotal.

The study involved people from a range of ethnic backgrounds in 27 countries, including Ireland.

The findings have been published in Neurology, the most read and highly-cited neurology journal.

“Stroke is a leading cause of death and disability globally. Each year, approximately 7,500 Irish people have a stroke, and around 2,000 of these people die,” said Professor O’Donnell.

“An estimated 30,000 people in Ireland are living with disabilities as a result of stroke. The INTERSTROKE study was designed to look at the key risk factors for stroke in different regions of the world, to inform approaches to population-level prevention.

“In this paper, we focused on the role of alcohol intake and stroke risk.

This study explored these associations in a large scale across 27 countries.

Stroke can occur due to clot (ischaemic) or bleeding (intracerebral haemorrhage).

Professor Andrew Smyth, Professor of Clinical Epidemiology at University of Galway, Director of the Health Research Board-Clinical Research Facility Galway and a Consultant Nephrologist at Galway University Hospitals, was the lead researcher on the study.

“Overall, our findings indicate that high and moderate intake of alcohol were associated with increased odds of stroke, while we found no convincing link between low intake and stroke,” Professor Smyth said.

“However, the effects of alcohol intake are complex as they are linked with socioeconomic factors such as education and many lifestyle factors including smoking, diet and physical activity.

“The potential impact of what is commonly classed as ‘binge drinking’ is important to consider. The adverse risk of having seven drinks one day per week are likely to be greater than having one drink each day per week.

“In this study we also looked at the differences between types of alcohol. Predominant beer consumption was linked with a 21% increase in risk of stroke; this was significantly higher (73%) for intracerebral haemorrhage.

“Predominant wine consumption was not linked with risk of stroke – there was no increase or decrease. This may reflect a difference in risk by type of alcohol, or may reflect differences in the social context of consumption patterns.”

Included in the INTERSTROKE research was an analysis of people who had previously been drinkers but had stopped. The study found that they were not at increased risk of stroke.

Other findings from this research included:

Professor Michelle Canavan, Established Professor of Older Adult Health and Consultant Geriatrician, added: “Most previous research was completed in high-income countries, with limited cultural diversity whereas the global INTERSTROKE study took a different approach by including participants from high, middle and lower income countries with varying levels of education and cardiovascular risk profiles.

“Worldwide there are differences in alcohol intake by gender, age, social class, education and occupation, as well as differences in type of alcohol consumed and the pattern of drinking.

“The greatest increases in stroke risk were seen for binge drinkers in South America, Africa and India and with those who have high levels of alcohol consumption in China and South East Asia.

“Therefore, targeted interventions to manage high intake at population level may help reduce stroke risk particularly for males in these regions who are more likely to binge drink.”