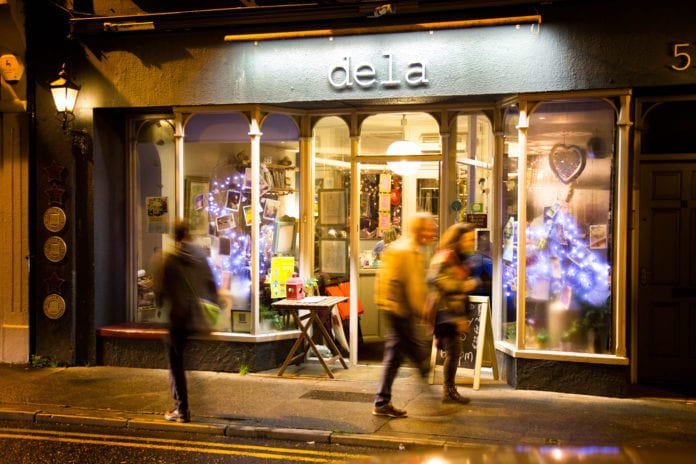 Kai Restaurant on Sea Road and Dela Restaurant on Dominick Street have taken home gold at this years Restaurant Association of Ireland awards that were held in Roscommon on Tuesday evening.

Kai Restaurant was crowned Best Restaurant in Galway and its owner and head chef Jess Murphy won the Best Chef award for Galway on the night.

The Best Manager award went to Mags Bohan of Dela Restaurant which has become famous for its organic produce from their own farm.

Both restaurants are located in Galway’s westend which has become one of the best places to eat and drink in Galway.

The neighbourhood which encourages people to cross the bridge, is home to award winning restaurants, gastropubs and retailers.

Using local suppliers such as Gannet Fish, Heterichs Pork and of Bradys Butchers for beef all paired with Dela’s own organice farm grown produce, Jimmys raw milk from Tuam and fresh leaves and veggies from LoughBourra Fram, its is easy to see why people are crossing the bridge into Galways oldest quarter.