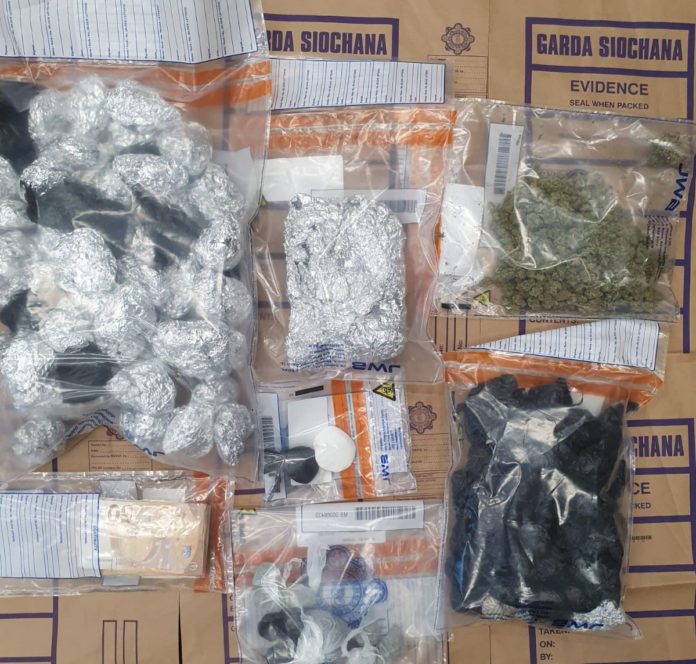 Gardaí seized €28,000 worth of drugs and almost €2,000 in cash during an operation in Galway City yesterday.

Shortly after 2pm on Tuesday Gardaí found €5,900 worth of cocaine when they searched two males on Presentation Road in Galway City.

As a result a follow up search was conducted at a property on the Headford Road, where over €22,000 worth of drugs was also located.

All of the drugs found as a result of this operation will now be sent for analysis.

Two males, one in his 20s and the other in his teens were arrested during the course of this incident.

Both have since been released without charge with a file now being prepared for the Director of Public Prosecutions.

A male juvenile who was also arrested has been released for consideration of inclusion in the Juvenile Diversion Programme.