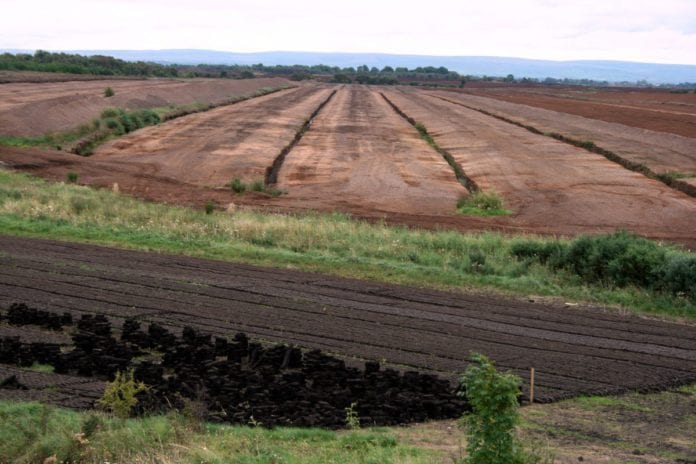 Bord na Mona and ordinary turf cutters are stuck in limbo waiting for An Bord Pleanála to make a decision on peat harvesting a Galway TD has said.

Michael Fitzmaurice has said that it is “scandalous” that turf cutting on Bord na Mona land has come to a halt because, he claims, An Bord Pleanála is “sitting on its hands”

Bord na Mona has sought permission to submit an application for “substitute consent” to continue operations on a smaller scale while it winds down peat harvesting over the next few years.

Beyond the peat which Bord na Mona needs for its horticultural operations, waiting on this has also left people who cut turf for their own use in limbo Michael Fitzmaurice said.

“For many, turf is their only source of fuel for their home. And yet, An Bord Pleanala has been allowed to sit on this without making a decision.”

The decision on this application has been pushed back two months into May according to the Independent TD, adding that there is no reason why this decision shouldn’t come now.

“People who have regularly taken a plot of turf for domestic use on Bord na Mona bog in the past are now being left in limbo, with no certainty around where their supply of fuel for next winter will come from.”

“Furthermore, as a result of An Bord Pleanala’s inability to make a decision, in the region of 3,000 workers who are involved in the milling of peat for the mushroom industry and other sectors are now extremely worried about their job security.”

“This sector is also at a standstill at the moment and one would have to wonder if this is An Bord Pleanala’s way of shutting down the whole industry in a piecemeal fashion.”

Fitzmaurice said that he is calling on Minister for Communications, Climate Action and the Environment, Richard Bruton, to intervene and bring forward legislation BNM, peat milling operators and turf cutters on BNM bogs to work away under certain thresholds.