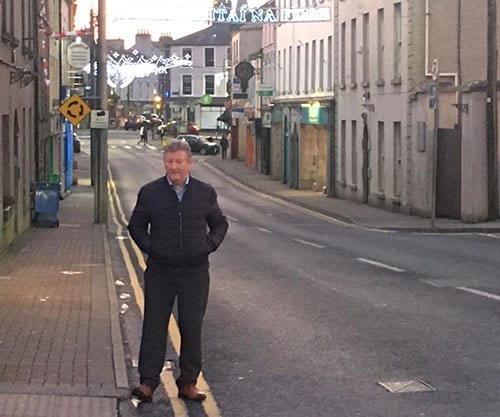 Work on undergrounding electrical and telecommunications cables in Tuam town will get underway next week.

Galway County Council is carrying out undergrounding works on Bishop Street in Tuam which will remove all electrical and telecommunication cables and poles from the Square to a point roughly 50 metres past the Cathedral entrance.

LED public lighting will also be installed at the same time as these works Galway East TD Seán Canney said.

The funding for this project is coming from the Department of Rural and Community Development, under the Town and Village Renewal Scheme.

Deputy Canney said that he is delighted to see these works proceed, adding that it is something the local Tidy Towns committee has been campaigning for.

“The undergrounding of cabling and poles is an important step in the wider project to regenerate the centre of Tuam and will greatly enhance the Bishop Street area”.

“Most of the works will be on the footpaths so that two-way traffic will be maintained during most of the installation period,” Deputy Canney said.

Three road crossings will be in place, but the Independent TD said that works requiring them will be confined to low traffic times such as when schools are closed.

This project is expected to be completed by late March.