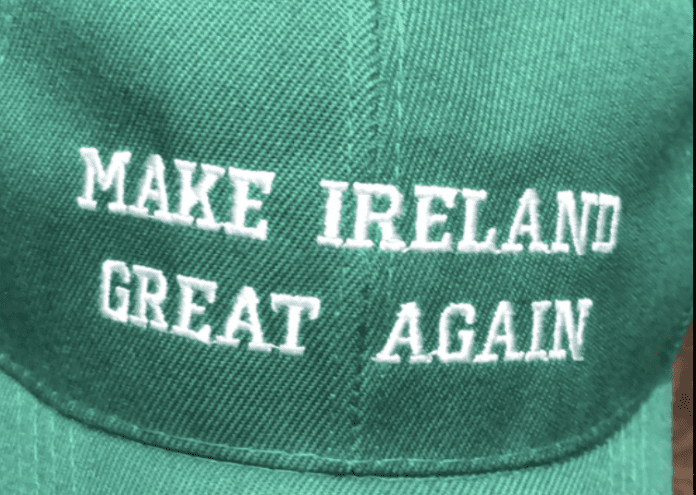 The Brexit saga seems to be never-ending.

One recent opinion poll showed that 97 percent of Irish people between the ages of 18 and 22 want to remain in the European Union.

Despite this, there are people determined to break our small island nation away from the EU.

On Saturday, the Eurosceptic Irexit Freedom Party outlined its key points and policies today at a conference in Galway.

Upon entering the conference, people were greeted by a man handing out questionable Donald Trump style hats with an Irish flavour. 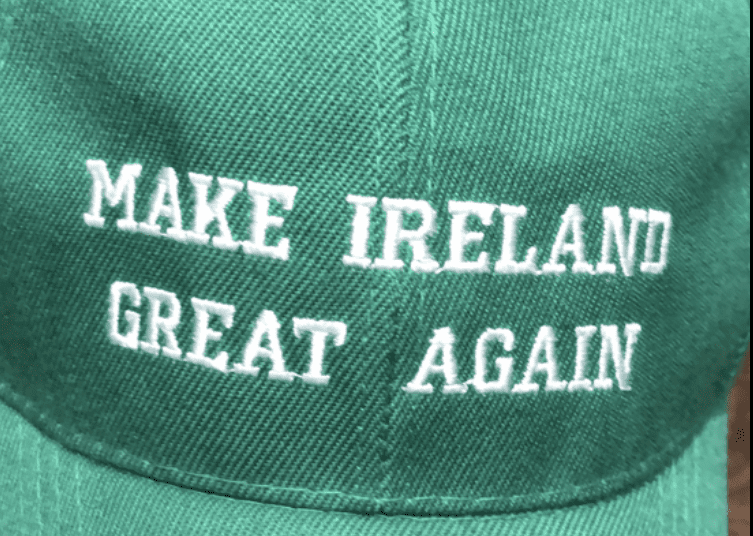 The Irexit group, which campaigns for Ireland to leave the EU, produced leaflets for those in attendance outlining the key ideas behind their party.

The leaflet begins by claiming the party, is at it’s cornerstone, a ‘patriotic party’. This patriotism stems from their apparent belief that democracy in Ireland can only be revived by leaving the EU.

To add to these tributes to the Donald, a call was made a for a referendum on the ’aboliton of income tax’ while taxation was branded as theft. This was greeted by a round of applause by the audience.

For starters, the party complains about the current tax system being ‘too punitive’. This essentially means they are against the idea of high taxation for the provision of public services.

The leaflet goes on to explain how the current tax regime does little to aid ‘people who get out of bed and go to work in the morning’. They argue the current tax system results in a disincentive to work making reference to the average worker only getting an extra €4m in tax cuts.

Essentially, the party vows to cut taxes but the leaflet omits the exact amount they would cut and how this would be costed.

The leaflet contains a small paragraph promising to ‘slim down the state’.

In this paragraph, It is highlighted that wasteful tax-funded spending will be ‘tackled’. They have made it their goal to eliminate costly quangos.

The specific funding they are referencing isn’t listed in the leaflet. The same can be said for the ‘costly quangos’.

The group goes on to state that they will have a ‘zero tolerance’ approach to corruption. They double up on this referencing the numerous tribunals  which they say revealed the ‘endemic nature of corruption’ in Ireland.

They believe that confidence in Irish institutions have been fundamentally undermined and point to the treatment of whistle blowers in An Garda Síochana.

The information document states that ‘as a party we will demand high standards in public life’.

They argue that maintaining a culture of free speech while strengthening the separation of powers is important in ‘maintaining the struggle’ against public corruption.

Finally, the leaflet includes their solution to the housing crisis.

They point the blame of unaffordable homes and house price inflation on immigration. They claim this is evidenced by ‘the population of Ireland increasing by one million in the last 20 years’. They declare that this has resulted in an overstretched housing demand.

The leaflet states that immigration should be ‘controlled effectively’ and for this to be done a complete exit from the EU is necessary.

There is no mention how controlling immigration from this point onwards will curtail the housing crisis, since by their logic there is already a demand which exceeds supply.