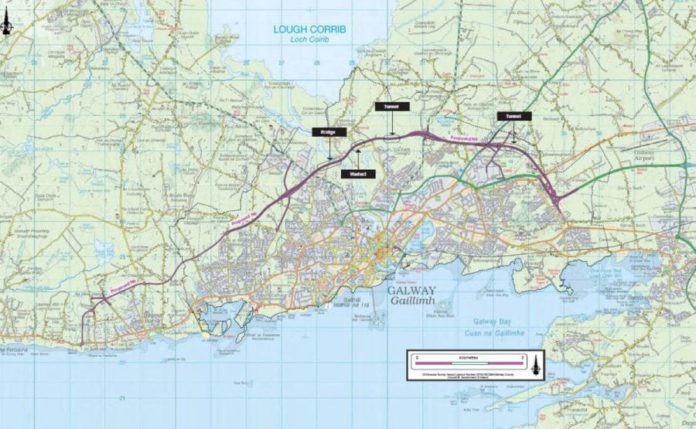 Planning permission for the N6 Galway Ring Road is due to be quashed, as An Bord Pleanála is not opposing a judicial review.

Planning permission for the 18km Ring Road was granted by An Bord Pleanála last year, but has been the subject of multiple judicial reviews.

It’s understood that the Bord has communicated that it will not be opposing the judicial review brought by Friends of the Irish Environment.

This is due to the decision not taking into account the state’s Climate Action Plan, which was also adopted late last year.

In a joint statement, Galway City and County Council’s, along with Transport Infrastructure Ireland, expressed disappointment in the Bord’s decision, but added that they believe the issues can be addressed.

“Notwithstanding this setback Galway County Council and Galway City Council are confident that the issues arising can be resolved and as a result intend to continue to progress the delivery of the N6 GCRR Project.”

“The N6 GCRR is a key component of the Galway Transport Strategy and as the city and its environs continue to grow, it is crucial to safeguarding the future development of Galway City as the principal economic centre in the west of Ireland and to ensure that its development is sustainable.”

“The N6 GCRR sits within the overall transport system. It addresses the transport problem in Galway City by adding trip capacity to the existing transport network thereby reducing trips through the city centre and the new links incorporated as part of the N6 GCRR provide for the strategic need of the national road network and for the connectivity of Galway City and the West Region to the national road and Ten – T network.”

The statement also said that the ring road will allow for more sustainable development of the city, by providing more space on the transport network for public transport options.