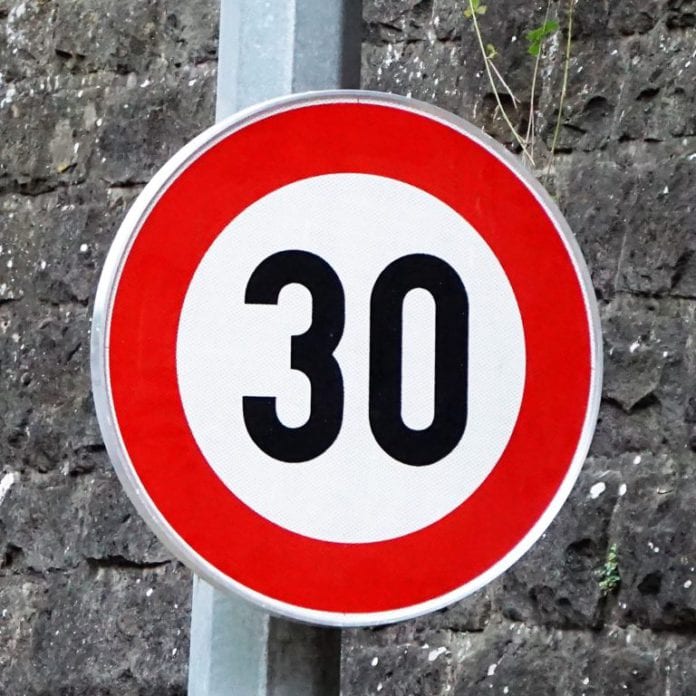 Galway City Council will be holding a public consultation in the coming weeks on proposals for a 30km/hr speed limit in the city centre.

At a meeting of Galway City Council this week, councillors were presented with a draft of new Special Speed Limit By-Laws.

These would change speed limits in several areas of the city, including imposing a 30km/hr limit in an area bounded by Bohermore, the Docks, Claddagh, and Newcastle.

Councillor Owen Hanley took to twitter to say that these measures would be “an important step in making our city centre a more welcoming place, providing space for pedestrians and cyclists, and supporting footfall in our businesses.”

Today Galway CIty Council agreed to progress to public consultation on a 30 km/hr speed limit in our city centre. This is an important step in making our city centre a more welcoming place, providing space for pedestrians and cyclists, and supporting footfall for our businesses. pic.twitter.com/wIBW4Fsi7D

A a recent meeting of the Galway City Joint Policing Committee, Garda Chief Superintendent Tom Curley said that he would be “absolutely delighted” with the introduction of a 30km/hr limit.

The Chief Superintendent said at the time that reducing the speed limit was already being discussed to improve safety for cycling, and that this is supported by Inspector Peter Conlon and Superintendent Damien Flanagan.

The proposal is also supported by the Galway Cycling Campaign, with spokesperson Martina Callanan previously saying that a reduced limit would give “peace of mind” to parents with kids out playing, or when they’re bringing them to the city centre.