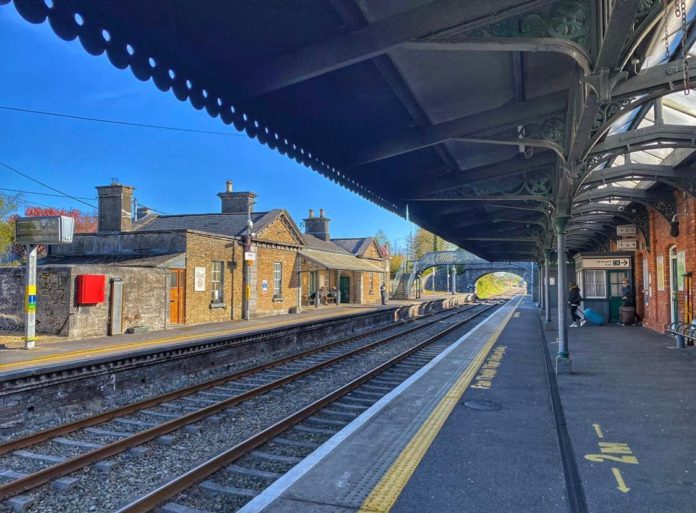 Irish Rail has announced plans to develop a freight hub in Athenry as part of the newly published Rail Freight 2040 strategy.

The €500 million plan calls for a five-fold increase in the amount of rail freight services nationwide, to include over 100 new weekly services across the network.

Tactical Rail Freight Terminals such as Athenry, at the junction of the Galway and Limerick lines, are a significant part of that strategy.

Galway TD Ciarán Cannon said that this is an extremely positive development for Athenry which, together with plans to double track the line between it and Galway, would see the town become a major rail hub.

“A Tactical Rail Freight Terminal at Athenry will be similar to the existing facility at Ballina. It will be located near to existing industrial areas in Galway city and along the strategic industrial corridor connecting Oranmore and Athenry.

“The terminal will be scaled according to demand, increasing with growth over the longer term,” Ciarán Cannon said.

“This will connect Athenry directly to all three ports, giving our local exporters a number of options for rail freight services, and giving our county major additional international connectivity.”

On an environmental level, the strategy estimates that it will eliminate the need for 140,000 HGV journeys annually, resulted in a reduction of 25,000 tonnes of CO2 emissions.

The full Rail Freight Strategy 2040 can be found online at Irishrail.ie/en-ie/about-us/iarnrod-eireann-services/freight

Bus transfers operating on many Galway trains this weekend