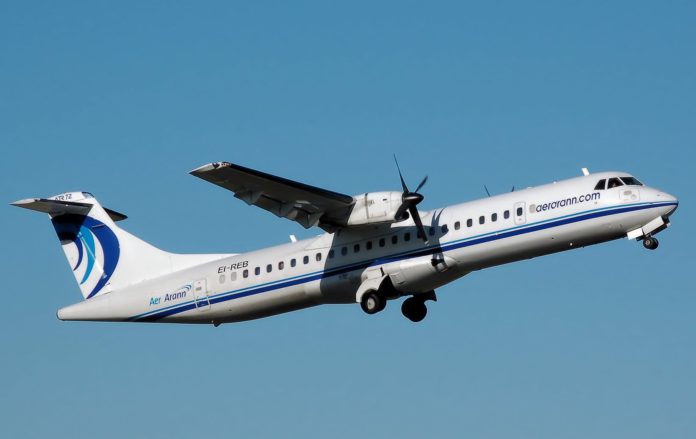 An announcement on the long term future of air services to the Aran Islands is expected in the coming weeks.

Aer Arann is currently operating flights to and from the Aran Islands under an interim contract, while a procurement process is underway for a new contract.

Galway West TD Éamon Ó Cuív asked in the Dáil this week, what improvements are in the pipeline for transport links to the Aran Islands and Inishbofin, and when the current contracts will expire.

“I say this because they do need improvements,” Deputy Ó Cuív said. “They were brought forward about ten or 15 years ago.”

“However, they have remained static or, in case of the Aer Arann service, regressed terribly in the last ten years.”

Minister for Rural and Community Development Heather Humphreys said that the public service obligation (PSO) status of air travel to the islands lapsed years ago, but that the department is now correcting this

“The procurement process is currently under way for the new contract,” Minister Humphreys said. “Once completed, it will bring long-term certainty of service to the island communities.”

The existing interim contract will remain in place during the procurement process, she added, to ensure there is no break in air services to the islands.

“I am confident that a successful operator for the service will be announced in the coming weeks and that the island communities will have a better air service over the next four years.”

Deputy Ó Cuív also asked if air travel to the Aran Islands will benefit from the 20% in reduction in fares for all subsidised public transport which rolled out this month.

“As the Minister knows, they pay some of the most expensive fares. They have no option but to take public transport to get in and out of the islands.”

However, Minister Humphreys said that this cut applies to PSO bus and rail services managed by the National Transport Authority.

It does not extend to transport services to offshore islands funded by the her department, though the Minister said that the department is not opposed to such a scheme.

There are concerns that retroactively applying a fare reduction to public procured contracts might create issues, Minister Humphreys added, and she has written to the Attorney General seeking legal advice, which is expected in the coming weeks.