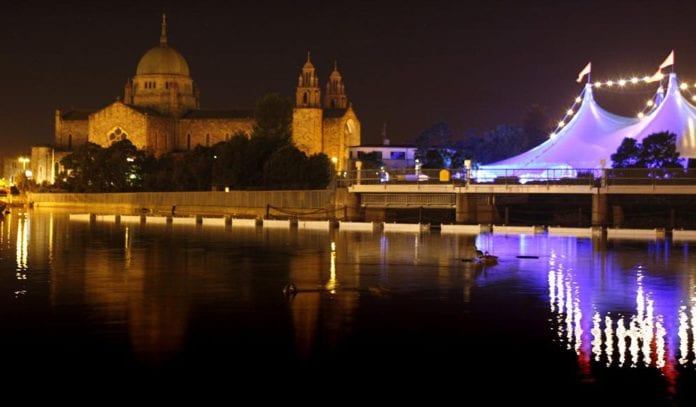 Tourism Ireland had unveiled a new online film showcasing the best of summer in Galway to promote the city for visitors to the International Arts Festival.

The short video highlights some of the offerings of Galway and the Arts Festival such as theatre, live music, street parties, boating in Galway Bay, and exploring the Wild Atlantic Way.

Neil Gibbons, CEO of Tourism Ireland, said: “We are delighted to unveil our latest online film showcasing Galway, which has been created to whet the appetites of potential visitors around the world and encourage them to come and experience this great festival.”

The International Arts Festival runs for two weeks this summer from July 16 – 29, with over two hundred shows across every type of entertainment.

In theatre this year, GIAF will host six world premieres, and five Irish premieres drawing artists, actors, and lovers of the stage from all over Ireland and the world. They include the world premiere of Paul Muldoon’s Incantata, two new plays by Sonya Kelly and Cristin Kehoe from Druid, and a new theatre installation from Enda Walsh.

Chief Executive of GIAF John Crumlish says the festival is going all out on the road to Galway 2020, “We are very excited about this year’s festival. It is our biggest programme ever and continues our build up into 2020 when Galway has the European Capital of Culture designation.

“We have expanded our theatre and music programmes and have a free programme that audiences will be very excited by,” he said. “I would like to thank our funders and sponsors who have helped make all this possible and look forward to seeing everyone for a great July in Galway.”

A major new sponsor for GIAF ’18 came on board in May when it was announced that the festival had made a partnership with Heineken that gave the beer giant naming rights to the Big Top, now called the Heineken Big Top.

There’ll be ten performances at the Big Top over the two weeks of the festival including Grammy award winners The Flaming Lips, indie hit Caribou, The Madness will be there for anyone looking for a more nostalgic rush, and of course the RTÉ Concert Orchestra returns.

Commenting on the Festival programme this year Artistic Director of GIAF Paul Fahy said: “For 14 days and nights, artists from Ireland and all over the world will descend on our city, to re-imagine the world and our place within it.

“It is a pleasure to deliver a programme of art and ideas by some of the world’s most brilliant minds. We look forward to welcoming you to Galway in July for this great adventure.”

A full programme for the Galway International Arts Festival can be found on its website, and tickets can be booked there as well.

Tourism Ireland will be promoting the short film to potential visitors to Galway over the coming weeks, including by pushing it through their social media accounts on Twitter and Facebook.