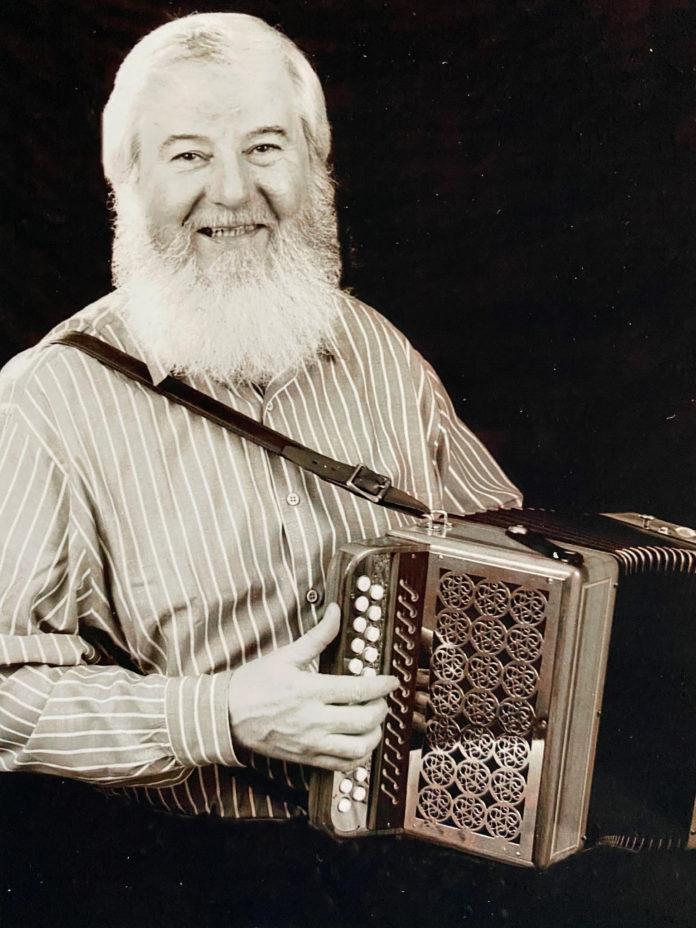 TG4 will broadcast a musical celebration in memory of Galway musician Joe Burke on Christmas Day.

The special programme will see performances from some of the most influential Irish musical figures including his wife Ann, who is also a phenomenal accordion player.

Joe Burke, who was a giant of traditional music and accordion, died in February this year and the show will be a special night of celebration with family and friends.

TG4 will celebrate the man who lifted many hearts with his wit and storytelling as well as influencing countless musicians all over the world.

Lad O’Beirne, Aggie White, Paddy Killoran and Andy McGann are just some of the most famous musical names  of the 20th century and they were all close friends and musical collaborators of Joe Burke.

Viewers will get an insight into the long musical life of this musician while he was over in America and later upon return to his native Galway.

Joe Burke undoubtably influenced the progress of accordion music in Ireland especially that which is played in B/C tuning and he is recognised as one of the most influential figures of Irish music of the last 100 years and that is especially true for young emerging talent.

He’s a man who left a rich archive of recordings in his wake, not only of his own unique playing but also invaluable recordings of some of the early 20th century musicians, most notably never before heard tracks of the legendary Michael Coleman.

Joe wore many hats as a musician, teacher and archivist and we’ll get an emotive insight into these aspects of his life in this loving energetic tribute to a special man.

Joe Burke – Ceiliúradh airs on Christmas Day at 10.20pm and worldwide on the TG4 Player.