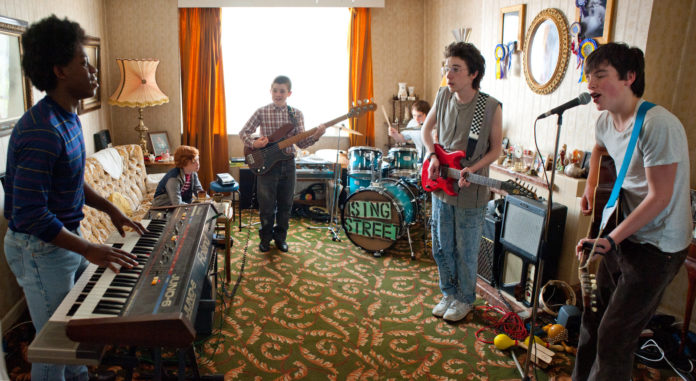 TG4 has released its much-anticipated line-up of films to be shown over Christmas, with classic films at 10am and lunchtime from December 23, as well as a daily family and primetime film.

For families this year, an Irish language version of Sherlock Gnomes will air for the first time on Christmas Day, an Irish version of Dr. Seuss the Lorax on Christmas Eve, and families around the country will get to enjoy The Karate Kid on December 30.

Scent of a Woman, 18th December @ 9:30pm
(1992, Drama) Starring Al Pacino, Chris O’Donnell and Phillip Seymour Hoffman. Directed by Martin Brest. A prep school student needing money agrees to “babysit” a blind man, but the job is not at all what he anticipated.

Pulp Fiction, 20th December @ 9:30pm
(1994, Drama) Starring John Travolta, Uma Thurman and Samuel L. Jackson. Directed by Quentin Tarantino. The lives of two mob hitmen, a boxer, a gangster and his wife, and a pair of diner bandits intertwine in four tales of violence and redemption.

Bridesmaids December 27th @ 9:20pm
(2011, Comedy) Starring Kristen Wiig, Maya Rudolph and Rose Byrne. Directed by Paul Feig. Competition between the maid of honour and a bridesmaid, over who is the bride’s best friend, threatens to upend the life of an out-of-work pastry chef. Dr. Seuss The Lorax, Christmas Eve @5:20pm (Irish language version) & New Year’s Eve @ 5:20pm (English Version)
2012, Animation) Ted, a 12-year-old boy, sets out to search the long-extinct Truffula tree to impress the girl of his dreams. However, in his journey, he has to overcome a number of obstacles.

Into the West, Christmas Day 6:45pm
(1992, Adventure) Starring Gabriel Byrne, Ellen Barkin and Ciarán Fitzgearld. Directed by Mike Newell. Grandpa Ward gives a horse he found to his grandchildren, who keep it in their tower-block flat in Dublin. The horse is stolen from them, and the two young boys set out to find it and flee on it.

Sherlock Gnomes, Irish Language Version Christmas Day @ 2:50pm, English version, St. Stephen’s Day @ 1pm
(2018, Animation) When Gnomeo and Juliet first arrive in London with their friends and family, their biggest concern is getting a new garden ready for spring. When everyone in the garden suddenly goes missing – there’s only one gnome to call – Sherlock Gnomes.

A Dennis the Menace Christmas, December 28th 5:25pm
(2007, Comedy) Starring Maxwell Perry Cotto, Robert Wagner and Louise Fletcher. Directed by Ron Oliver. To make sure that his beloved neighbour, Mr Wilson, has the perfect Christmas, the neighbourhood’s lively six-year-old, Dennis Mitchell, makes a long list of things one needs to make it work; however, will the old man ever change?