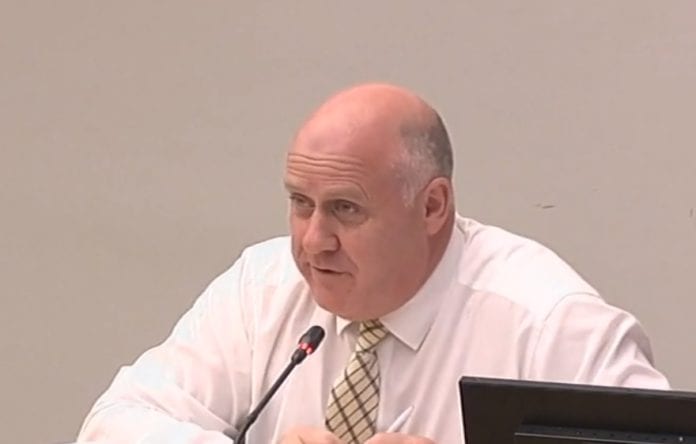 The Taoiseach has joined a growing number of voices calling on Galway TD Noel Grealish to withdraw comments he made about African migrants at a meeting in Oughterard this week.

Noel Grealish accused asylum seekers from Africa of being economic migrants coming to “sponge off the system” and weren’t persecuted “genuine” refugees like Christians from Syria.

Deputy Grealish also said that “a major city can absorb 300 refugees, but not a small town like Oughterard”.

While earlier these comments were reported by local activists, representatives, and journalists, footage is being shared on social media showing the Independent TD saying them.

Video of Noel Grealish asserting that Christians fleeing Syria are legitimate asylum seekers but all Africans are "sponging off the system". The dangerous bigot pic.twitter.com/gnezA3V5nK

The Taoiseach had earlier called on Deputy Grealish, who usually votes with the government, to “clarify” his comments.

But later, during an appearance on Morning Ireland, Taoiseach Varadkar said that if Deputy Grealish did say what is being attributed to him then he should “withdraw those remarks”.

A petition started by Social Democrats city councillor Owen Hanley calling on Noel Grealish to apologise for his comments has so far attracted over 1,600 signatures.

The Galway Anti Racism Network has gone further and is calling on Noel Grealish to resign, with chairperson Joe Loughnane saying it was the most racist thing he’d ever heard out of a TD’s mouth.

There was widespread concern and no small amount of anger reported from locals at the meeting on Wednesday which concerned ongoing refurbishment at the Connemara Gateway Hotel which has been vacant for a number of years.

But the subject of most of that has been with the lack of consultation and information being provided about the development, and if it is intended as a centre for asylum seekers.

Locals said that while they were not opposed to having migrants, but that they should be integrated into the community rather than warehoused in a Direct Provision Centre.

There were however a small number of people out of more than 800 at the meeting who reportedly used inflammatory, racist language.

At a Fine Gael think-in this week Justice Minister Charlie Flanagan said that he was deeply disappointed at some of the commentary reported at the meeting.

Galway West TD Catherine Connolly also spoke at the meeting and afterwards said that she was unhappy with some of the language used there, and tried to correct some misinformation about migrants being presented as facts.