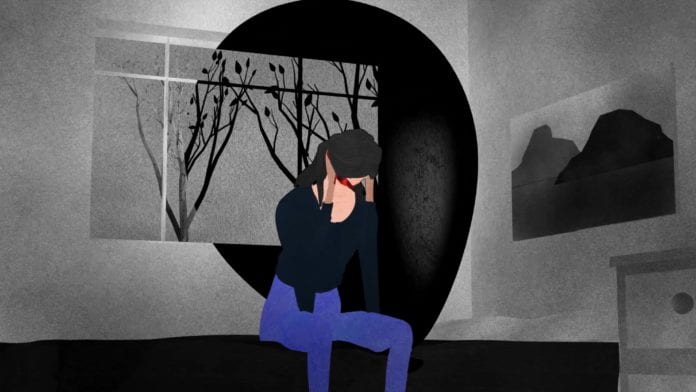 Galway film A Tiny Spark has been awarded Best Medical Short at Sci On! Film Festival in Nevada.

The film which is the most recent produced through the ‘Science on Screen’ initiative created by CÚRAM at NUI Galway and Galway Film Centre, was described by one judge at the festival as a ‘superb and engaging documentary’.

Directed by Niamh Heery and produced by Caroline Kealy of Swansong Films with animations by Eric Dolan, the documentary meets three stroke survivors Rebecca, Trevor and Helen who talk about life after a stroke and their individual roads to recovery.

A Tiny Spark focuses on the first study of its kind in the world, which is being led by NUI Galway Neuroscientist, Dr Karen Doyle and involves the analysis of removed blood clots to determine what information they may have and could point to big improvements to people’s lives.

Awarding the prize, one of the festival judges at Sci On! Film Festival commented: “Such a powerful and perfectly-made film. The subject matter is so vital and relevant.

“It’s hard to find the words to describe such a meaningful and compassionate treatment of a condition that has impacted so many of us directly or indirectly, personally or through a friend or family member. Thank you for helping raise awareness – and to show that there is hope.”

A second judge added: “Absolutely superb and engaging documentary, with an excellent and sensitive blending of interviews with animated scenes.”

A Tiny Spark, which had its international festival premiere in March 2019 at the Oregon Documentary Festival, also screened at the SCINEMA International Science Film Festival in Australia, the largest science film festival in the Southern Hemisphere.

The film has also just been selected for DOCUTAH Film Festival in Utah in September 2019 and more screenings will be announced soon.

The CÚRAM and ‘Science on Screen’ initiative offers funding to filmmakers to produce a documentary that engages with research currently underway at CÚRAM in NUI Galway. This funding strand for creative documentaries set in the world of science is now in its fourth year.

Other ‘Science on Screen’ films are also still screening to audiences around the globe. The 2017 film Bittersweet, directed by Hugh Rodgers and produced by Anna Rodgers and Zlata Filipovic of Invisible Thread Films, scooped the Best Educational Media Award at the Raw Science Film Festival 2019 in Los Angeles.

Bittersweet premiered in 2017 and has since screened at film festivals globally, as well as broadcasting on RTÉ 1 TV and at special screenings for healthcare professionals, and for school children and academics throughout Ireland.