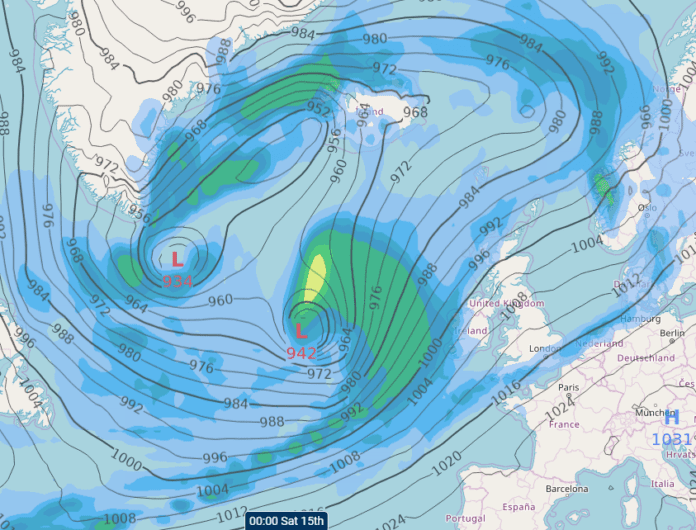 Storm Dennis is due to batter Ireland this weekend Saturday onwards, with a risk of flooding from very wet and windy conditions.

Met Eireann has said that Storm Dennis is due to track to the north of Ireland this weekend, bringing periods of very wet and windy weather, with some stormy conditions possible.

Weather warnings will be issued by Met Eireann on Friday ahead of the storm’s arrival.

A weather advisory has been issued which states that “Storm Dennis will bring some very wet and very windy weather over the weekend and into Monday.”

“Some flooding is likely and damaging gusty winds with some disruption possible.”

Orange weather warnings are expected in Connacht and along the Atlantic coast.

Gale force winds are expected in coastal areas on Saturday, and are likely to become even stronger in the west on Sunday.

On Sunday winds are expected to reach storm force along the west coast, with very heavy gusts as well.

Up to 70mm of rain is expected along the west coast between Friday and Sunday.

While the transition period between Spring and Neap tides also carries the possibility of coastal flooding with stormy conditions.

This will be the second named storm to trouble Ireland in the last week after Ciara brought days of rough weather to the west coast, and the fourth of the season.