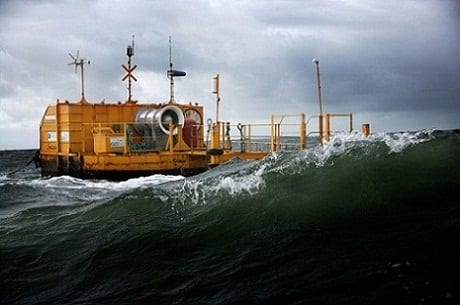 The Commercial Court will hear a challenge to a decision allowing renewable offshore energy projects to be tested off the coast of An Spidéal.

Máire Ní Mhuirnín, a teacher from Páirc, An Spidéal received permission form the High Court in March to challenge a decision by the Minister for Housing, Planning and Local Government to grant planning permission to the Marine Institute for an offshore energy test site.

Minister Eoghan Murphy gave the Marine Institute permission for a 35 year foreshore lease to construct and operate an electricity generating station 1.5km off the coast of An Spidéal in August 2017.

The Galway Bay Marine & Renewable Energy Test Site is a 37.5 hectare site where the Marine Institute and the SEAI can develop and test prototype offshore energy solutions including wind, wave, and tidal energy projects.

Marine Institute CEO Dr. Peter Heffernan said, “With an exceptional marine resource, Ireland is in a unique position to capitalise on its natural advantages in the area of marine renewable energy.

“This will happen through the development, manufacture, deployment and operation of wave, tidal and offshore wind technologies and the creation of an indigenous supply chain in Ireland.”

Prior to planning permission being granted in 2017, the Marine Institute ran a smaller test site at the same location for 11 years, generating a significant knowledge base for the new project.

Under the conditions of the planning permission only three energy test devices can be active on the site at any one time for a maximum length of 18 months. The only exception is for any floating wind device, which are only allowed out for 12 months.

The site is also expressly forbidden from exporting any power it generates onto the National Grid.

One of the first projects to be tested at the site was a one quarter scale wave energy generator built by Irish company Sea Power. The Galway Bay Test Site allowed it be deployed in real ocean condition for the first time.

The test site also provides access to the SmartBay underwater observatory studying ocean conditions in Galway Bay for the Marine Institute and other researchers.