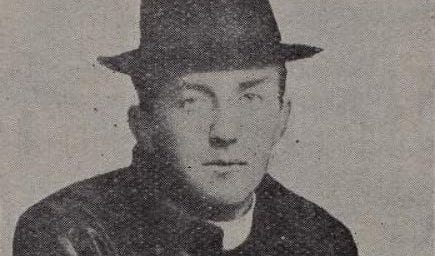 Galway West Sinn Féin will mark the 100th anniversary of the murder of local priest Fr. Michael Griffin by the Black and Tans.

The Gurteen native was murdered on 14 November 1920, leaving the local community shocked and horrified.

Fr. Griffin, who was sympathetic to the Republican cause, was taken from his bed by Crown Forces and later shot in the head. His body was found six days later in an unmarked grave near Bearna.

A special online lecture by local historian Cormac Ó Comhraí will take place at the online commemoration  this evening.

It will be live on the Galway West Sinn Fein Facebook page, at 7.00pm.