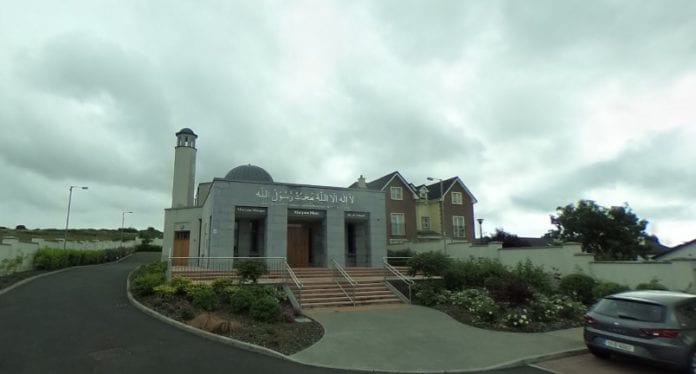 The Galway Anti-Racism Network is holding a solidarity rally outside the Maryam Masjid mosque in Ballybrit which was violently vandalised overnight.

The mosque was the subject of a severe amount of criminal damage in an attack that saw windows smashed in, personal items tossed outside, and damage to the prayer room and the office of Iman Noonan.

The incident is being investigated by Gardaí, and a clear motive for this attack has not yet been established.

Iman Noonan said that he had received warning of an attack several months ago over the phone from someone who said they were part of a group that were against Muslims and mosques in Ireland.

The attack on the mosque has been condemned from all corners today including the Minister for Justice Charlie Flanagan and the Bishop of Galway.

Iman Ibrahim Noonan said online that there were no words to describe how he felt at seeing a peaceful place of worship destroyed.

“The whole Mosque was covered in glass and the hall ways and everywhere out side,” his facebook post read.

“But when I saw my office where I work, my private library of over 2000 books destroyed, my family photos abused and thrown outside, the Tri colour insulted. It was this that broke my heart.”

“Whoever done this, I really feel sorry for you, only in time will you realise how foolish you were and how you insulted this great nation or ours.”

The solidarity rally will take place at 9:30pm tonight outside the Ballybrit mosque and GARN are inviting anyone to join them.